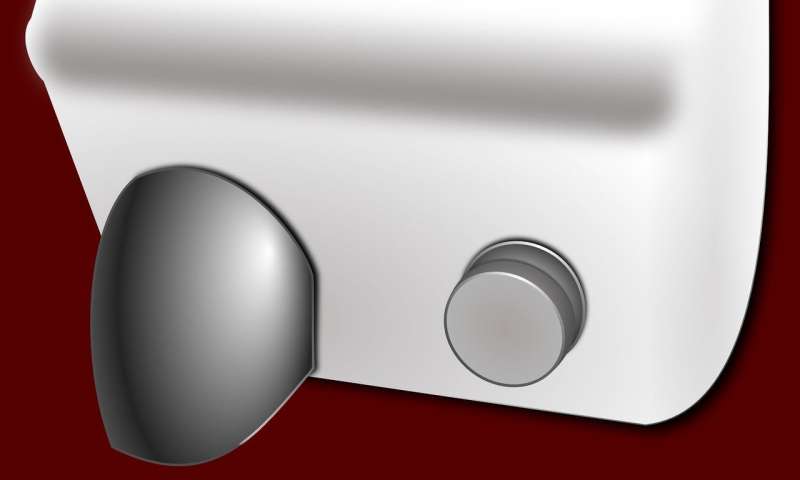 High speed air dryers not only leave more contamination on poorly washed hands compared to paper towels, but during hand drying, they can also spread germs onto clothing, ultimately transferring more bacteria to other surfaces, according to a study published today in Infection Control & Hospital Epidemiology, the journal of the Society for Healthcare Epidemiology of America.

Past research has shown recommended handwashing practices for healthcare workers are often not followed with average adherence of 40%. To better understand the impact of hand drying in hand hygiene, researchers conducted an experiment to learn the role of different hand drying methods in spreading germs from poorly washed hands beyond the restroom.

For the study, volunteers sanitized their hands with 70% alcohol disinfectant, dipped them in a nonharmful viral solution, shook them off, and then dried them either using an air dryer or paper towels. During experiment, volunteers wore an apron to test contamination of clothing. Volunteers then took a predetermined path through the hospital touching commonly used surfaces, such as elevator buttons, along the way. Samples were collected from surfaces that volunteers touched and also from the aprons.

“Based on the user and surface contamination observed following hand drying using high speed air dryers, we question the choice of air dryers in healthcare settings,” said Ines Moura, Ph.D., research fellow, University of Leeds and an author on the study. “Microbes remaining after hand drying can transfer to surfaces via contaminated hands and clothing.”

On average, the levels of contamination to surfaces volunteers touched with their hands were 10 times higher after hands were dried with an air dryer than with paper towels. Researchers also saw greater microbial transfer to the apron when volunteers used the air dryer. The transfer of microbes to volunteers’ clothing after using the air dryer also contributed to the spread of germs.