Heart attack occur when the supply of blood to the heart is suddenly blocked, usually because of a blood clot. Heart disease, also known as ischaemic heart disease or coronary heart disease, is the leading cause of heart attacks. Heart disease is a condition in which the major blood vessels that supply the heart become clogged with deposits of cholesterol known as plaques. There is a lesser known symptom of a heart attack and it lies in a person’s hair, or rather a lack thereof.

Hair loss and baldness may be more than just a cosmetic indignity, it could be a warning symptom of something far more sinister.

According to health experts, baldness may be a marker of a heart disease risk, especially in men with other risk factors including high blood pressure or high cholesterol.

Researchers explained that heart attacks, chest pain is due to blocked arteries otherwise known as angina and the need for balloon angioplasty or bypass surgery which are all forms of heart disease.

For men also battling with high cholesterol issues alongside their severe baldness at the crown of their head, heart disease risk was increased almost threefold compared to men who had high cholesterol but were not bald, according to Dr JoAnn Manson. 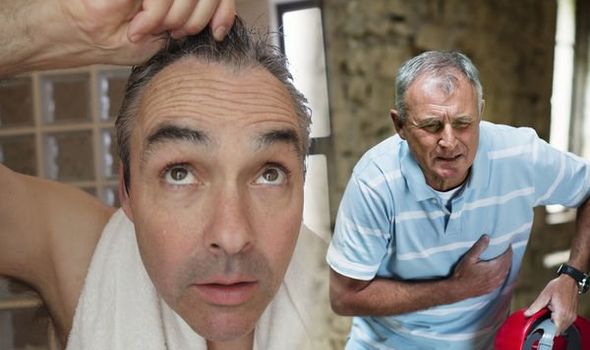 Dr Manson said: “To our knowledge, our studies show a relationship between a specific pattern of baldness and heart disease risk.”

Researchers noted that men with more sever hair loss developed more heart disease during the 11 years they were watched than men with only mild to moderate hair loss, suggesting a link between the degree of hair loss and heart disease risk.

What the study said

In a study published in the BMJ by the University of Tokyo, male pattern baldness and its association with coronary heart disease was investigated.

The objective of the study was to confirm the association between male pattern baldness and coronary heart disease (CHD).

The study noted: “Observational studies were identified that reported risk estimates for CHD related to baldness.

“The results from 850 studies showed men with severe baldness were at risk of CHD compared to those without baldness. 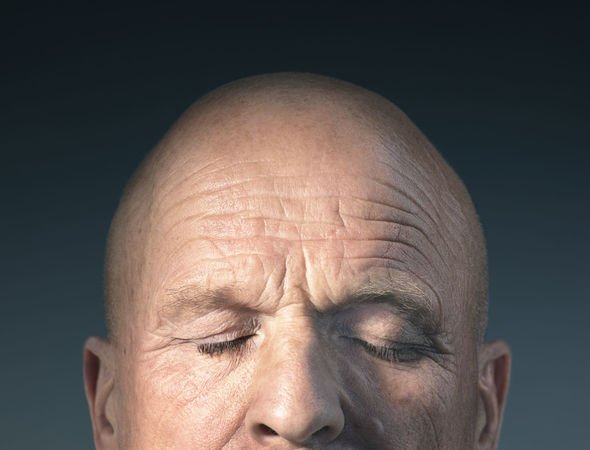 “Analysis of younger men showed a similar association with CHD with severe baldness.

“However, frontal baldness was not associated with CHD.”

The study concluded that vertex baldness, but not frontal baldness, is associated with an increased risk of CHD.

The British Heart Foundation did offer some solace for those concerned about their hair loss being a possibly warning sign of a heart attack and said: “It’s more important to pay attention to your waistline than your hairline.”

The NHS said: “If you suspect the symptoms of a heart attack, call 999 immediately and ask for an ambulance.

“Do not worry if you have doubts.

“Paramedics would rather be called out to find an honest mistake has been made than be too late to save a person’s life.

“Symptoms of a heart attack include chest pain, pain in other parts of the body, feeling lightheaded or dizzy, sweating, shortness of breath, feeling sick, an overwhelming sense of anxiety or coughing or wheezing.”