Heart attacks occur when the supply of blood to the heart suddenly becomes blocked, usually by a blood clot. A leading cause of this is coronary heart disease. The NHS advises a person is at increased risk of developing heart disease if they smoke, eat a high-fat diet, have diabetes, high cholesterol, and high blood pressure, or if they’re overweight.

A new study has now linked eating too much rice to the potentially deadly condition.

Arsenic is naturally occurring in rice as it soaks into the crop when it’s grown.

The study found Britons in the top 25 percent of rice consumption are at six percent increased risk of dying from cardiovascular disease than the bottom quarter. 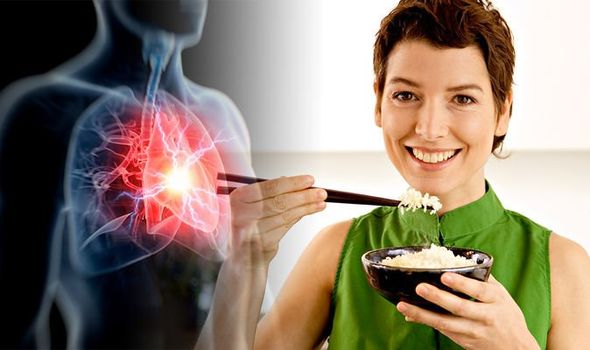 Professor David Polya, from The University of Manchester, said: “The type of study undertaken, an ecological study, has many limitations, but is a relatively inexpensive way of determining if there is a plausible link between increased consumption of inorganic arsenic bearing rice and increased risk of cardiovascular disease.

He added: “The modelled increased risk is around six percent (with a confidence interval for this figure of two percent to 11 percent).

“The increased risk modelled might also reflect in part a combination of the susceptibility, behaviours and treatment of those communities in England and Wales with relatively high rice diets.”

Globally it’s been estimated arsenic in rice is to blame for more than 50,000 avoidable premature deaths a year.

Arsenic occurs naturally in the soil. As rice is grown under flooded conditions, arsenic is drawn out of the soil and into the water.

Eventually this is absorbed by the rice plant.

The researchers concluded their study is limited but is inexpensive to conduct and more specialist investigations are needed to confirm any link. 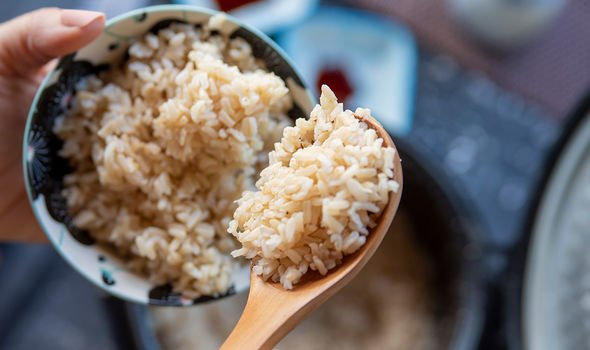 They added people should consider opting for rice varieties which are low in arsenic levels, such as basmati, rather than whole grain.

Other ways to prevent a heart attack

There are three main steps you can take to help prevent a heart attack, according to the NHS. 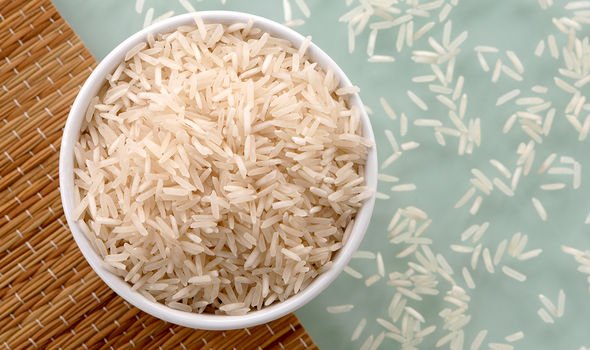 When it comes to diet, the health body states: “Eating an unhealthy diet high in fat will make hardening of the arteries worse and increase your risk of a heart attack.

“Continuing to eat high-fat foods will cause more fatty plaques to build up in your arteries. This is because fatty foods contain an unhealthy type of cholesterol.

“You should aim to follow a Mediterranean-style diet. This means eating more bread, fruit, vegetables and fish, and less meat.

“Replace butter and cheese with products based on vegetable and plant oil, such as olive oil.

“Oily fish, such as herring, sardines and salmon, can form part of a Mediterranean-style diet, but there’s no need to eat this type of fish specifically to try to prevent another heart attack.”