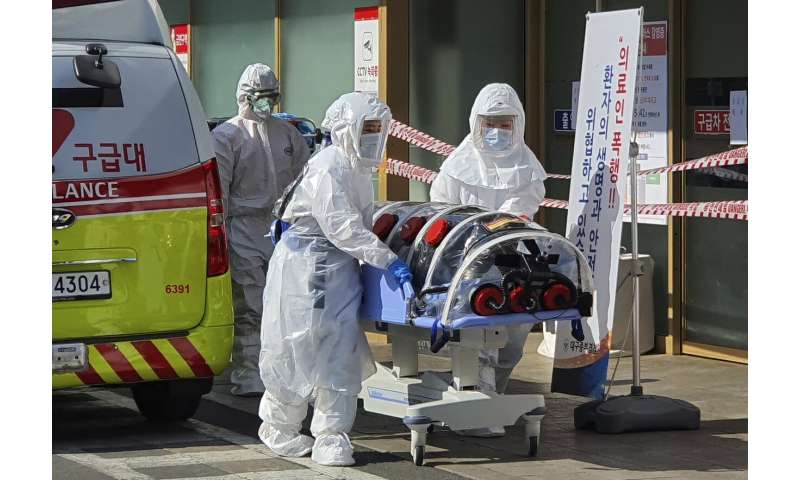 In South Korea, Singapore and Iran, clusters of infections are leading to a jump in cases of the new viral illness outside China. But it’s not the numbers that are worrying experts: It’s that increasingly they can’t trace where the clusters started.

World Health Organization officials said China’s crackdown on parts of the country bought time for the rest of the world to prepare for the new virus. But as hot spots emerge around the globe, trouble finding each source—the first patient who sparks every new cluster—might signal the disease has begun spreading too widely for tried-and-true public health steps to stamp it out.

“A number of spot fires, occurring around the world is a sign that things are ticking along, and what we are going to have here is probably a pandemic,” said Ian Mackay, who studies viruses at Australia’s University of Queensland.

That worst-case isn’t here yet, the WHO insists. It isn’t convinced that countries outside China need more draconian measures, but it pointed to spikes in cases in Iran and South Korea to warn that time may be running out to contain the virus.

“What we see is a very different phase of this outbreak depending where you look,” said WHO’s Dr. Sylvie Briand. “We see different patterns of transmission in different places.” 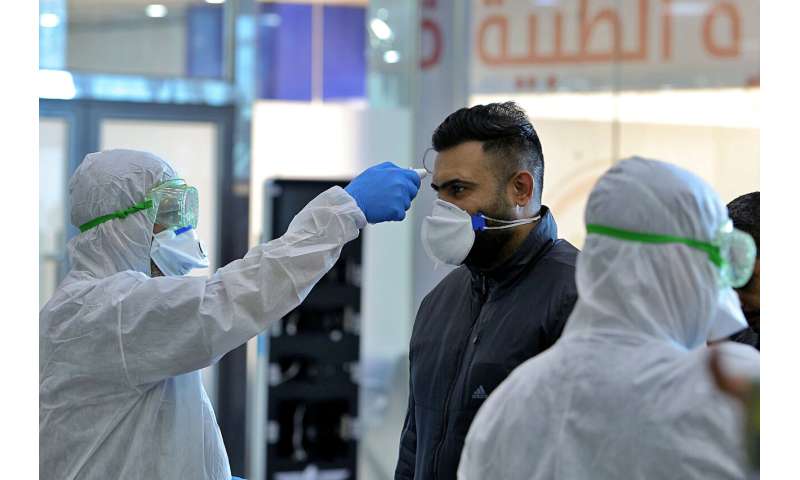 The World Health Organization defines a “global pandemic” as a disease spreading on two continents, though some public health experts would call an outbreak a pandemic if the spread is over a wide area or across many international borders.

The newest red flag: Iran reported 18 cases, including four deaths, in just two days. The cluster began in the city of Qom, a popular religious destination, but it’s not clear how. Worse, infected travelers from Iran already have been discovered in Lebanon and Canada.

In South Korea, most of the more than 280 new cases detected since Wednesday are linked to a church in the city of Daegu and a nearby hospital. But health authorities have not yet found the “index case,” the person among the church’s 9,000 followers who set off the chain of infections.

There also have been several cases in the capital, Seoul, where the infection routes have not yet been traced. In Europe, Italy saw cases of the new virus more than quadruple in a day as it grapples with infections in a northern region that apparently have spread through a hospital and a cafe. 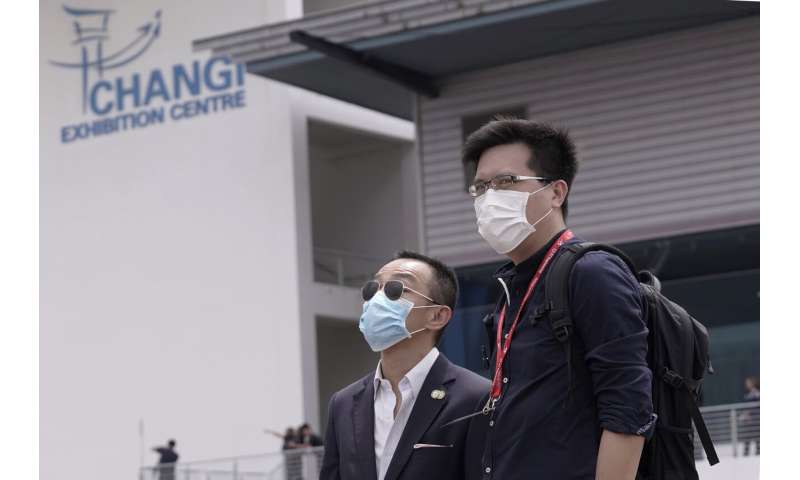 A cluster of cases isn’t inherently worrying—in fact, it’s expected as an infection that’s easy to spread is carried around the world by travelers. The first line of defense: Isolate the sick to treat them and prevent further spread, and quarantine people who came in contact with them until the incubation period is over.

But as the virus becomes more widespread, trying to trace every contact would be futile, Singapore’s Prime Minister Lee Hsien Loong acknowledged earlier this month.

“If we still hospitalize and isolate every suspect case, our hospitals will be overwhelmed,” he said. So far, the city-state has identified five clusters of transmission, including two churches. But there remain eight locally transmitted cases with no links to earlier cases, or to China. 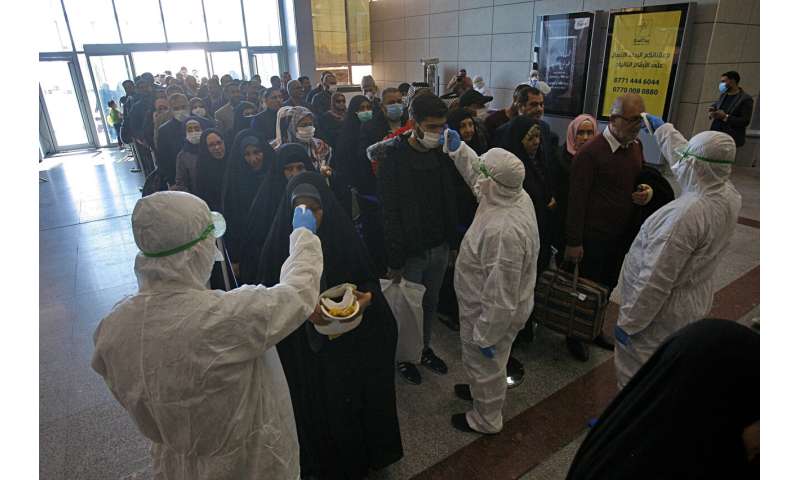 And it’s almost certainly being spread by people who show such mild symptoms that no one can tell, said Dr. Amesh Adalja of the Johns Hopkins Center for Health Security.

“If that’s the case, all of these containment methods are not going to work,” Adalja said. “It’s likely mixed in the cold and flu season all over the place, in multiple countries” and gone unnoticed until someone gets severely ill.

These milder symptoms are good news “in terms of not as many people dying,” said Mackay, of Australia. “But it’s really bad news if you are trying to stop a pandemic,” he added.

When Hong Kong reported it first death from the virus earlier this month, it also confirmed three locally transmitted cases with no known link to any previous cases or any travel history to China. Chuang Shuk-kwan of the Center for Health Protection warned then that “there could be invisible chains of infection happening within communities.” 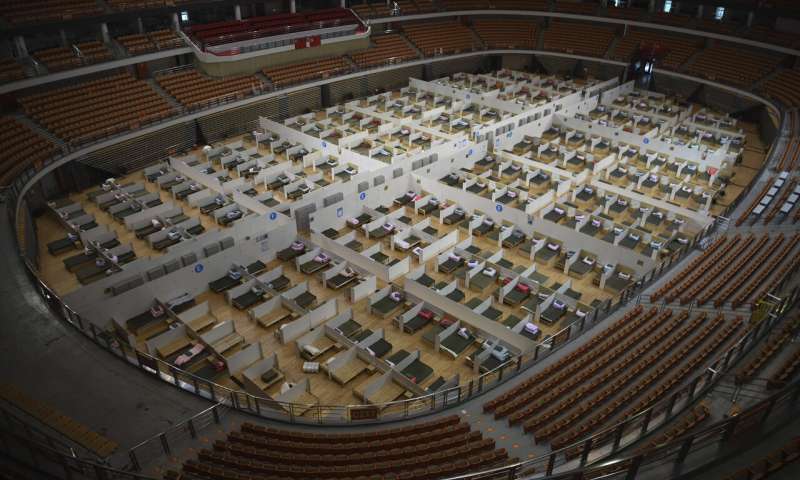 Officials in both South Korea and Japan have signaled in the past week that the spread is entering a new phase in their countries.

On Friday, South Korean Prime Minister Chung Se-kyun said the government would have to shift its focus from quarantine and border control to slowing the spread of the virus. Schools and churches were closed and some mass gatherings banned.

Takaji Wakita, head of Japan’s National Institute of Infectious Diseases, earlier urged people to work at home or in shifts to avoid being in a crowd, and refrain from holding non-essential and non-urgent meetings.

But Adalja cautioned that far-reaching measures like China instituted in the outbreak’s epicenter of Wuhan—where citizens have been ordered to stay in their homes for weeks—can backfire. While it remains to be seen if the new virus is waning, that kind of lockdown makes it hard for people to get other critically important care, like fast treatment for a heart attack. 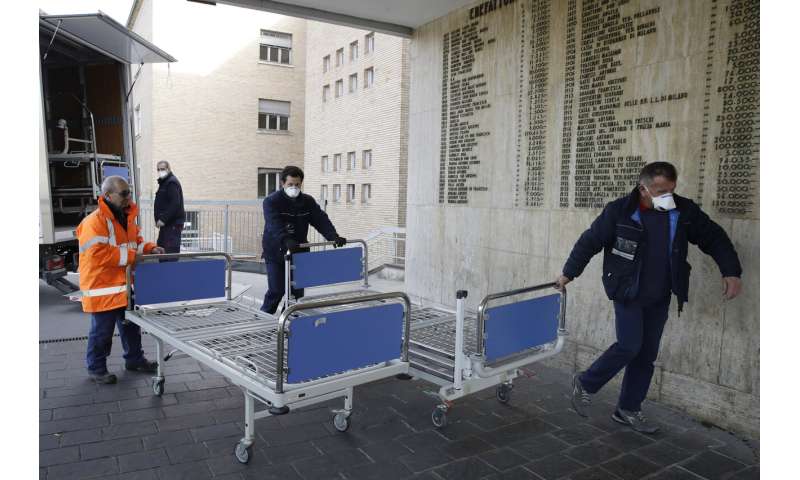 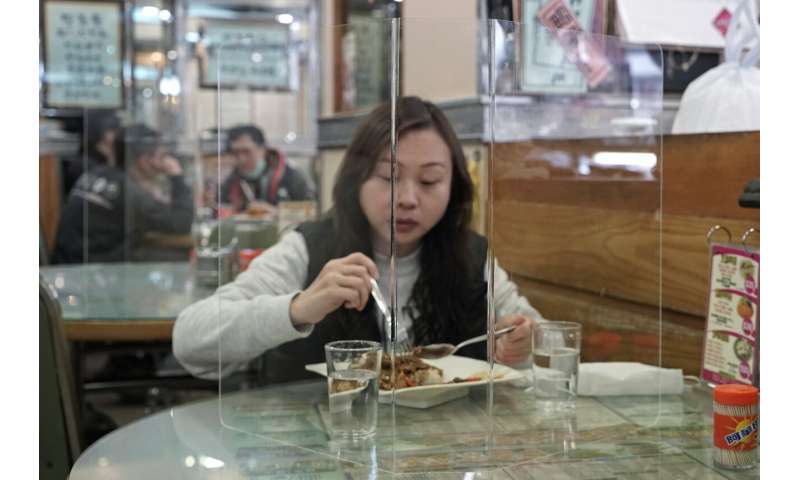 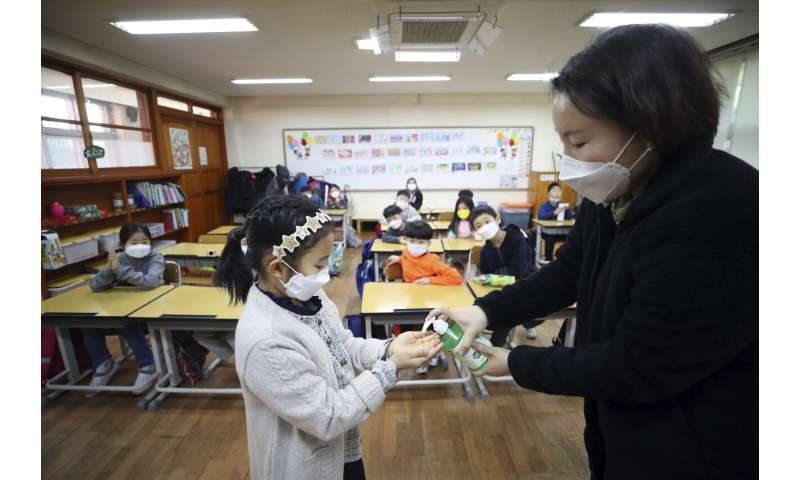 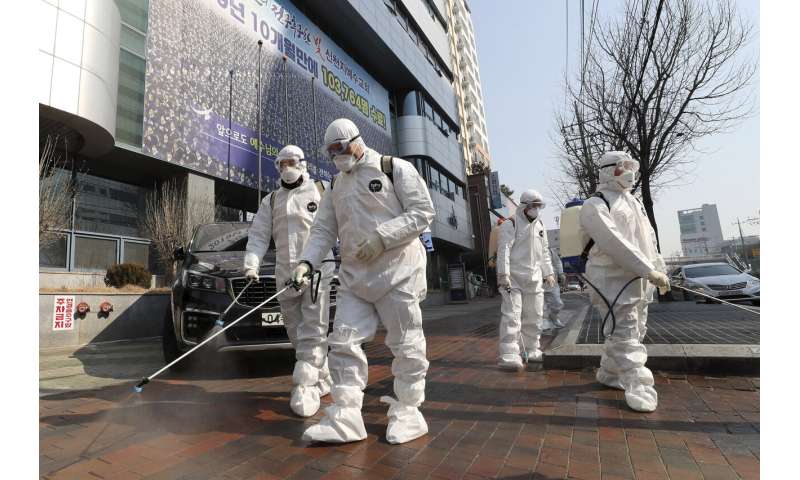 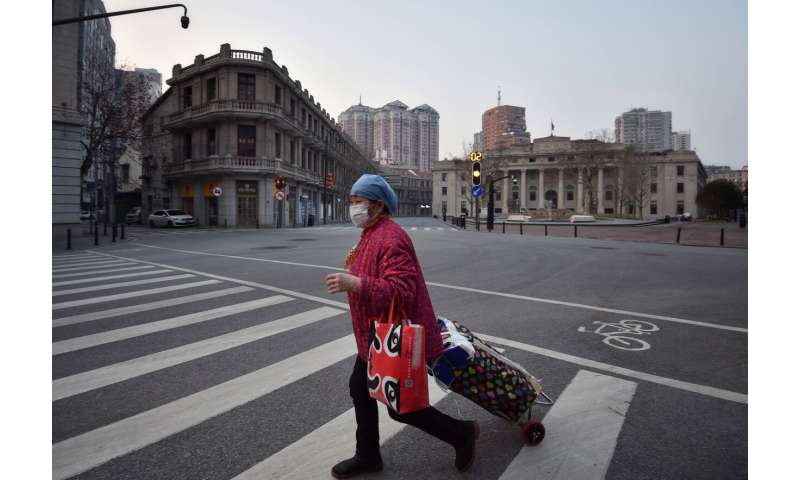 There’s no way to predict if the recent clusters will burn out or trigger widespread transmission.

For now, health officials should try and contain the infection for as long as possible while preparing for a change in strategy by preparing hospitals, readying protective equipment and bolstering laboratory capacity, said Gagandeep Kang, a microbiologist who leads India’s Translational Health Science and Technology Institute.