How do you treat giant hogweed burns?

Common and giant hogweed both pose a threat to anyone that goes near the plants.

Giant hogweed’s danger comes from its sap, which is toxic and present all over the plant.

The sap contains toxic chemical furanocoumarins, which brings on severe burns, blistering and skin irritation when exposed to UV rays from the sun.

Even after the painful burns and blisters, which can last for months, heal, the skin of the affected area can remain sensitive to sunlight for up to six years, according to pharmacists Wojciech Kaniak. 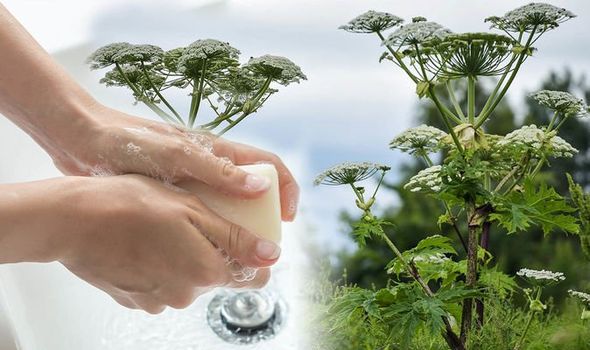 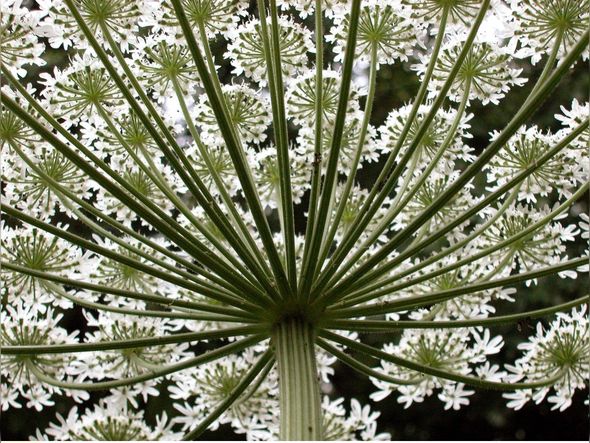 Mr Kaiaks said: “When hogweed comes into contact with skin it causes reddening, blisters and severe burns – it can even cause third-degree burns that could require a skin graft.

“The burns can last several months and remain sensitive to light for up to five or six years.

“If the toxic sap gets into a person’s eye, it can lead to permanent blindness. Even breathing in sap particles can lead to respiratory problems.”

If you believe that you have come into contact with a giant hogweed plant, it is recommended that you immediately wash the affected area with cold water and mild soap.

Ensure to keep the area covered and out of direct sunlight for at least 48 hours. 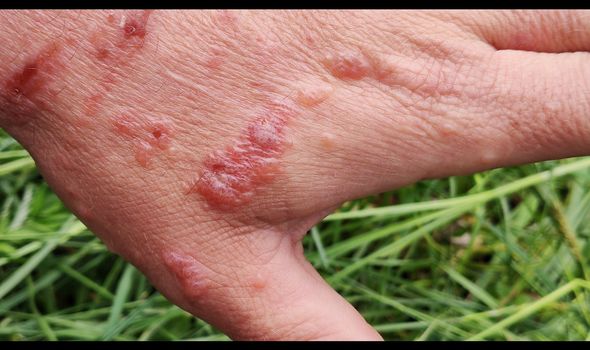 This is because a toxic reaction can start as little as 15 minutes after coming into contact with the plant, and can continue to develop for a 48-hour period.

Mr Kaniak says that applying a steroid cream can help soothe the affected area, but you should contact a health professional as soon as possible.

If the plant sap has infiltrated the eyes, they should be rinsed with warm water.

Sunglasses should be worn to protect the eyes from light sensitivity, then contact your GP or nearest hospital immediately.

DON’T MISS: Gardening tips and tricks: What should you buy to plant now? [INSIGHT]
Study explains what you should know to be considered a good gardener [ANALYSIS]
Urgent warning issued as dog ‘poisoned’ by household plant [INSIGHT] 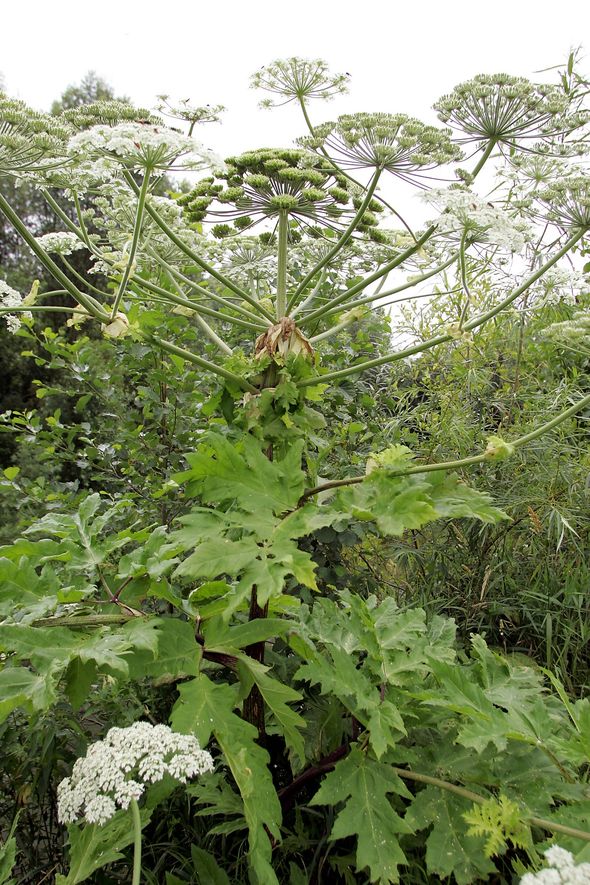 Hogweed has been labelled Britain’s “most poisonous plant” and is found all over the country – especially prevalent in July and August when warmer temperatures set in.

Mr Kaniak said: “I want to raise awareness and make parents, especially, aware of this problem.

“Kids can be attracted to this gorgeous looking plant with big white umbrella-like flowers.”

The flowers of the giant hogweed are usually white or greenish-white in colour and are often symmetrical.

The fruits produced by the plant are known as shizocarps, which produce seeds in dry, flattened, oval pairs.

How to get rid of giant hogweed on your property

The first thing to remember when tackling this dangerous plant is to wear fully protective clothing to protect your skin from the sap. If in doubt, call an expert.

The most simple way of getting rid of giant hogweed is to mow the grass on which it grows.

However, the downside to mowing is that it can take several years to fully get rid of the plant, as cutting it down will only slowly deplete the energy reserves until it dies.

You should never use equipment like trimmers or strimmers on giant hogweed, as they can result in the plant’s seeds being distributed through the air.