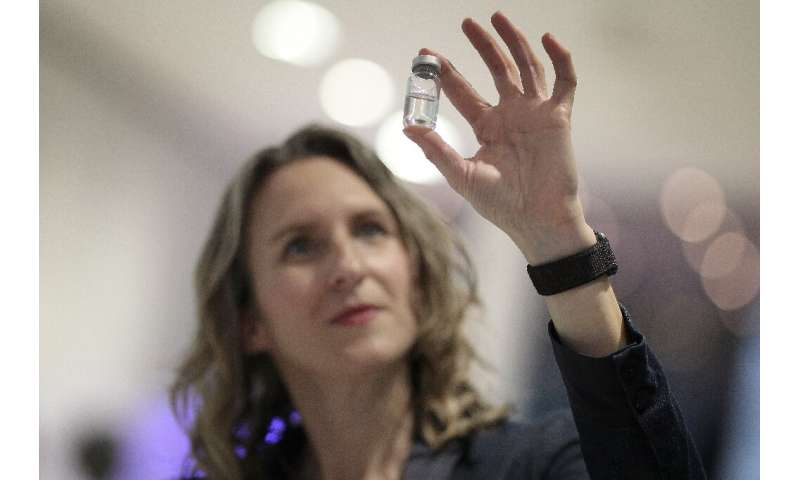 As expectations grow that the first COVID-19 jabs will be administered in a matter of weeks, German glassmaker Schott is quietly doing what it has been for months: churning out vials that will hold the vaccine.

The 130-year-old company, whose founder Otto Schott invented the high-quality borosilicate glass favoured by the pharma industry, has been working round the clock to meet unprecedented demand.

Already it has delivered millions of the little bottles to vaccine makers involved in COVID-19 trials, who have already started filling them so they can be shipped out the minute regulators give the okay.

While non-disclosure agreements prevent Schott from detailing its customer list, head of communications Christina Rettig said they include “the ones you hear about in the media”.

In fact, Schott is supplying vials for three-quarters of the more than 100 coronavirus vaccine trials worldwide.

Closest to the finish line are US firm Moderna and a joint effort by US giant Pfizer and Germany’s BioNTech—which coincidentally has its headquarters in the same western German city of Mainz as Schott.

Large-scale data has shown both vaccines to be around 95 percent effective and US and European authorities have signalled that inoculations could start in mid-December. 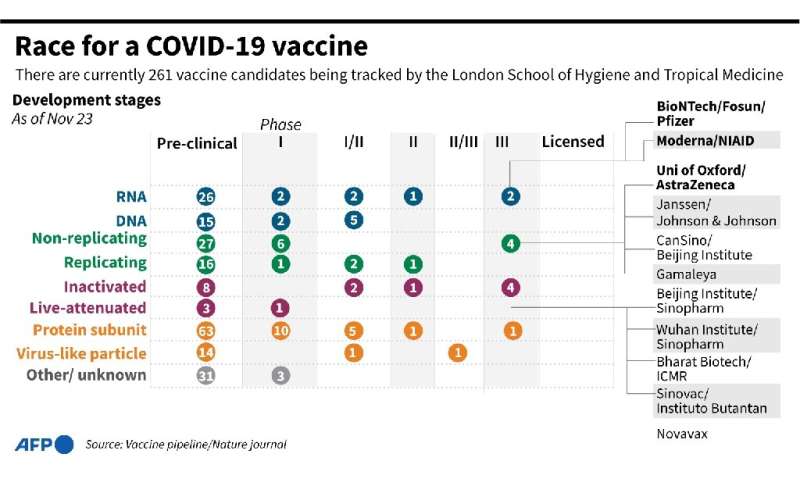 With the world on the brink of a mass immunisation effort to end the pandemic, Schott and its competitors say they are ready to rise to the challenge.

The company issued a statement in July with Germany’s Gerresheimer and Italy’s Stevanato Group, fellow leaders in pharmaceutical packaging, to say they were coordinating closely with pharma customers and could ensure sufficient supply.

Schott alone aims to produce enough vials to store two billion doses of a coronavirus vaccine by the end of 2021, Rettig told AFP at the company’s offices in Mainz.

In a lucky break, the industry was already seeing rising demand from China and other countries for top-level Type 1 borosilicate glass products, meaning Schott and other major players were building up capacity well before the pandemic struck.

Schott launched a $1.0-billion (840-million-euro) investment programme in 2019 to expand its pharmaceutical business. By the time the COVID-19 vial requests started pouring in, new manufacturing equipment was already up and running.

“That puts us in a very good position to ramp up production quickly,” Rettig said. 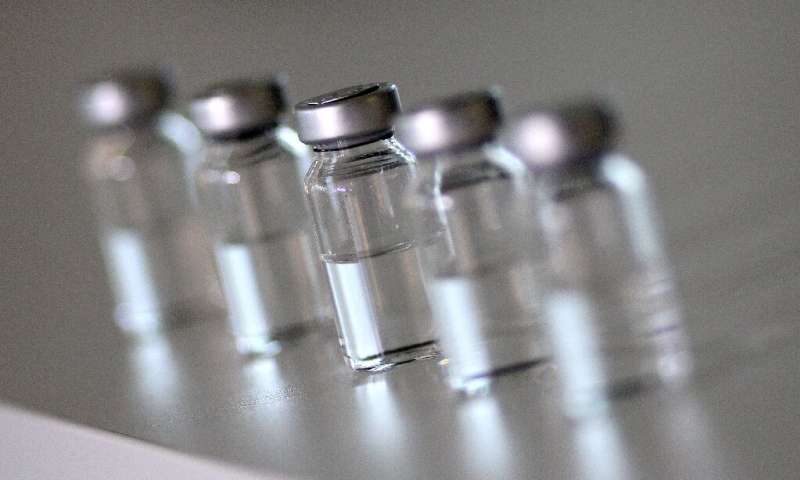 And because regulators have long been familiar with the tried-and-tested vials, which have to meet strict international norms, they won’t hold up the vaccine authorisation process.

To keep production moving, workers are churning out vials 24 hours a day, a typical pace in the sector, and outsiders are banned from the premises to minimise the risk of coronavirus infections.

Schott itself had an early encounter with the virus at its Mitterteich plant in Bavaria, where it manufactures glass tubes that can be turned into vials.

The town became one of Germany’s first coronavirus hotspots in March after a beer festival, and Rettig said several Schott workers from the Czech Republic ended up “not seeing friends and family for weeks” as borders slammed shut.

Borosilicate glass was invented around 1890 by Otto Schott, a chemist from a family of glassmakers. Together with scientists Ernst Abbe and Carl Zeiss, he set up a lab that would lay the foundation for modern glass technology.

What makes borosilicate glass special is that it can handle temperatures from -80 to 500 degrees Celsius, which is handy considering the Pfizer/BioNTech vaccine needs to be stored at a frigid -70 degrees. 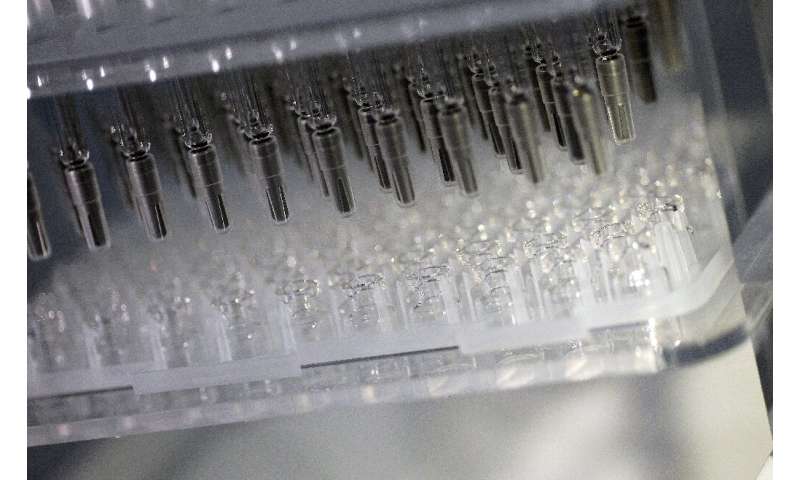 It is also chemically inert, meaning there is no chemical interaction between the container and the liquid inside it, preventing any interference that could potentially harm the vaccine.

Its other products range from specialist cabin lighting in aeroplanes to ceramic cooktops, as well as microscope slides being used in rapid COVID-19 antibody testing, and medical lights that help doctors examine respiratory tracts.