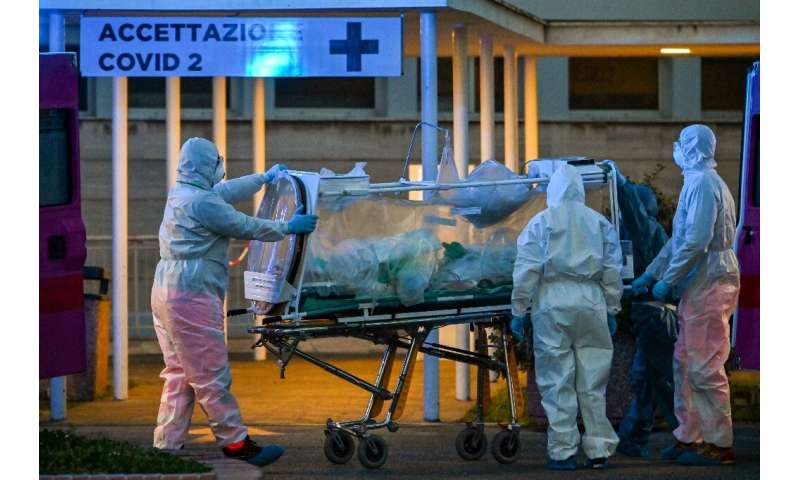 France moved into a near-total lockdown Tuesday over the coronavirus, the latest country to impose draconian restrictions affecting the lives of hundreds of millions of people around the world.

European leaders also plan to ban all non-essential travel into the continent on Tuesday in a bid to stem a pandemic that has killed thousands, upended society and battered economies.

With French President Emmanuel Macron describing the battle against COVID-19 as a “war”, governments around the world are scrambling to keep the public safe with measures rarely seen in peacetime, slamming borders shut and forcing citizens to stay home.

The crisis is infecting every sector of the economy, and global stocks have been on a rollercoaster ride, with Wall Street on Monday sinking more than 12 percent in the worst session since the crash of 1987.

Investors are still in panic mode, despite emergency interventions by central banks and governments to shore up confidence.

After the initial outbreak in a Chinese city in December, Europe has emerged as the epicentre of the virus with more deaths now recorded outside China than inside.

COVID-19 has now killed more than 7,000 people worldwide, including over 2,100 in Italy, the worst-hit country outside China, and more than 180,000 cases have been recorded in 145 countries. 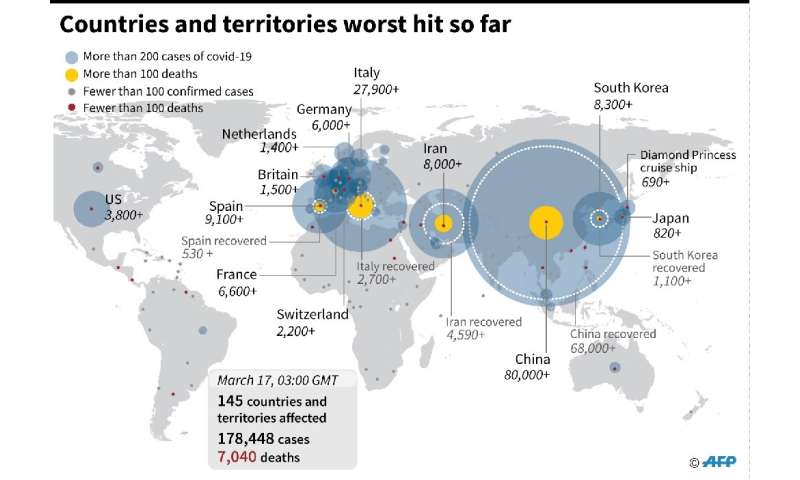 In a sombre address to the nation, Macron ordered the French to stay at home for 15 days from midday Tuesday, following similar measures by other European countries.

Most shops, restaurants and tourist sites in the world’s most visited country are already shuttered, but in some areas desperate shoppers crowded supermarkets before the new rules took effect.

About 100,000 police and gendarmes will be out on the streets to enforce the measures, after Macron warned violations would be punished.

“We are at war, a public health war certainly. We are fighting not against an army or another nation. But the enemy is there, invisible and elusive and on the move,” he said.

With European nations already closing their borders, European Commission President Ursula von der Leyen said she would ask the leaders of the bloc’s Schengen visa-free border zone to stop all non-essential travel into the area.

This follows a ban on inbound travel to the United States, whose President Donald Trump steeled the nation for a fight against the virus that he warned could last months. 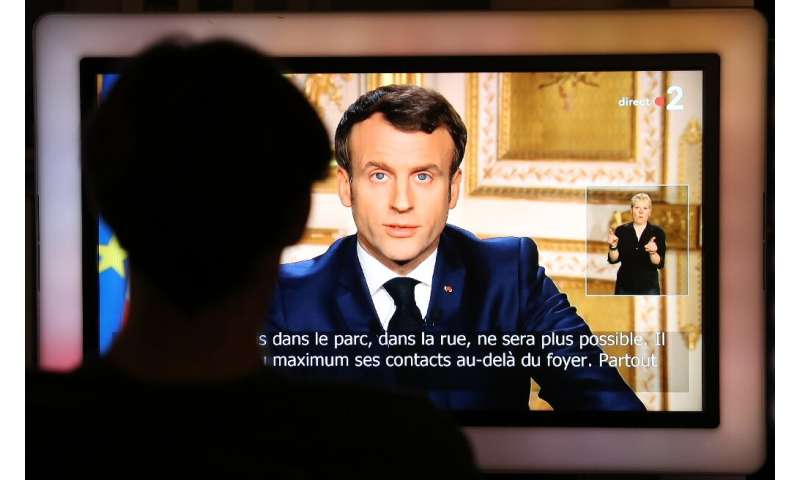 The head of the World Health Organization called Monday for every suspected coronavirus case to be tested, something which would send the known tally of the sick sky-rocketing.

US health officials said the first human trial to evaluate a possible vaccine had begun, although it may be another year to 18 months before it becomes available.

In another small glimmer of hope, China reported just one new domestic case on Tuesday—but found 20 imported from abroad. 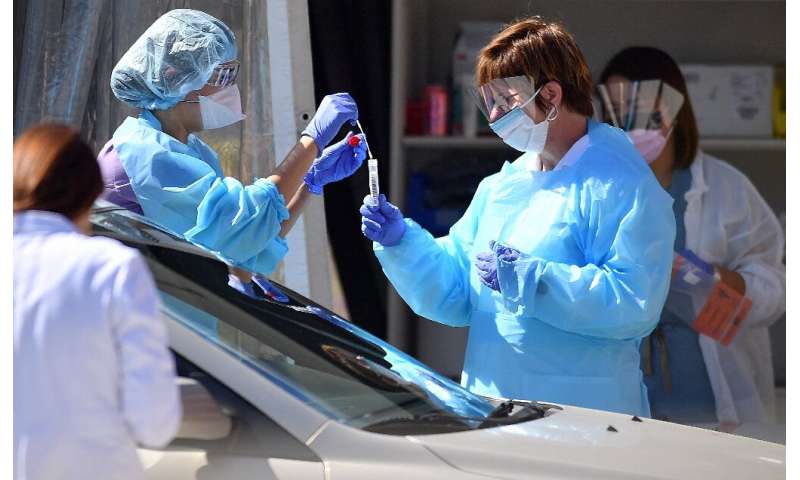 Trump said he was asking Americans to restrict gatherings to groups of fewer than 10 people—as the streets of New York and the capital Washington stood largely deserted.

One customer at a French restaurant in Brooklyn said she felt the moves were unprecedented.

“I want strong leadership, but it’s scary. I’ve never experienced anything like this before and I don’t think my parents have, I don’t think anyone has,” Kelly McGee told AFP.

“There’s something about being in this apocalyptic vibe and being with other people and experiencing it together that I think I still crave.”

Trump acknowledged the United States “may be” heading into a recession due to the virus, as G7 leaders vowed to coordinate their response to the virus and “do whatever it takes, using all policy tools”—after a meeting held via videoconference. 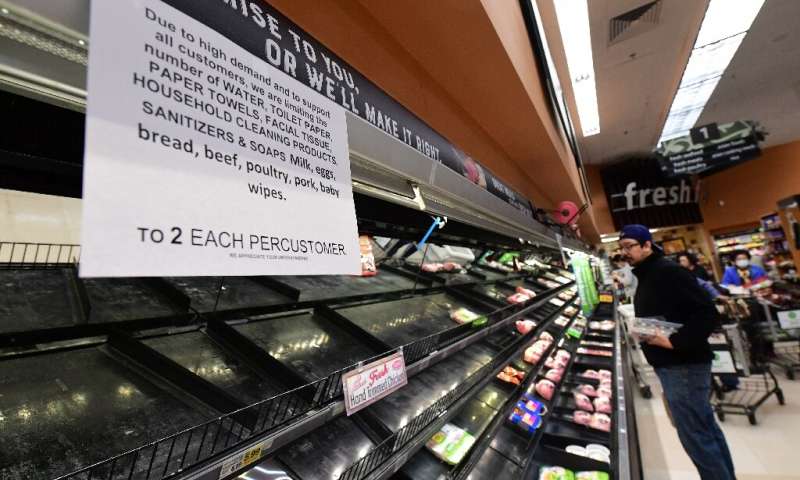 Every sector from tourism to food to aviation is affected, as the global economy effectively goes into shutdown.

In moves that could be echoed elsewhere, Italy announced plans to renationalise national carrier Alitalia, while France said it was ready to nationalise large companies if necessary.

There are growing doubts too over the European football championships set to take place in 12 countries this summer and the Olympics in Japan, as the virus shreds the sporting calendar.

Very few countries have been left untouched by the virus as it continues its relentless march across the globe, and a cascading number are taking increasingly drastic responses.

Britain called for an end to all “non-essential” contact and travel, while Switzerland declared a state of emergency. 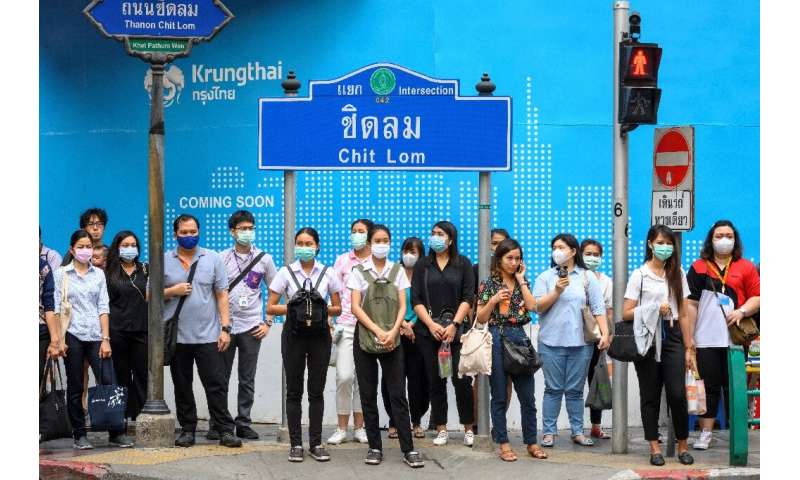 Germany banned gatherings in churches, mosques and synagogues and said playgrounds and non-essential shops would close.

Tens of millions of people in Southeast Asia were ordered into effective home quarantines, with Malaysia and the Philippines announcing unprecedented lockdowns.