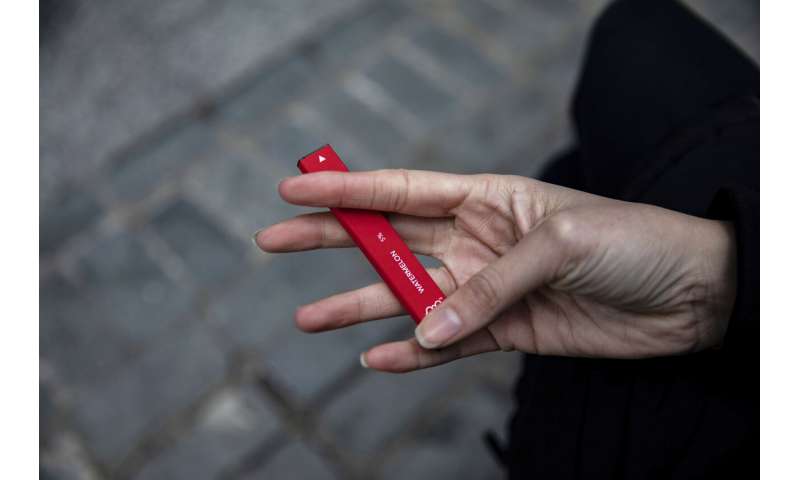 The U.S. government on Thursday began enforcing restrictions on flavored electronic cigarettes aimed at curbing underage vaping. But some teenagers may be one step ahead of the rules.

Parents, researchers and students warn that some young people have already moved on to a newer kind of vape that isn’t covered by the flavor ban.

These disposable e-cigarettes are sold under brands like Puff Bar, Stig and Fogg in flavors such as pink lemonade, blueberry ice and tropical mango.

The Food and Drug Administration’s crackdown narrowly targets reusable vaping devices like Juul, the blockbuster brand that helped trigger the teen vaping craze in the U.S. Under the new policy, only menthol and tobacco flavors are allowed for those devices.

Critics of the FDA policy fear teens will simply switch to the cheaper disposables, which are widely available at convenience stores and gas stations.

“They are very accessible and seem to be the new buzzy product,” said Dr. Karen Wilson, a tobacco researcher and pediatrician at Mount Sinai’s medical school in New York.

The FDA confirmed that the flavor restriction won’t apply to “self-contained, disposable products,” but only to rechargeable ones that use pods or cartridges prefilled with a nicotine solution.

The agency’s rationale: Reusable vaping devices are far and away the most popular with underage users, preferred by more than 60% of high schoolers who vape, according to survey data collected last year.

The FDA’s top tobacco regulator said it can still go after any vaping product that appeals to teenagers. 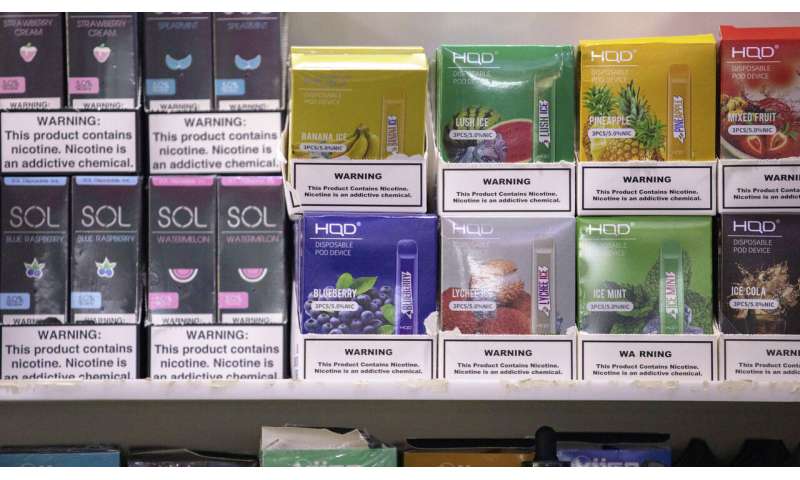 “If we see a product that is targeted to kids, we will take action,” Mitch Zeller, who heads the agency’s tobacco center, said in a statement.

Thursday was the deadline for makers of reusable e-cigarettes to stop selling fruity and candy flavors. Juul was already in compliance. It dropped its best selling mint and most other flavors before the ban was announced in early January and only sells tobacco and menthol.

At a congressional hearing Wednesday, the CEO of Fontem U.S., which makes blu vapes, was pressed to drop its vivid vanilla and cherry crush disposable e-cigarettes.

Fontem chief Antoine Blonde countered that its customers are adults, not children. Less than 3% of high school students who vape reported blu as their preferred brand, according to 2019 government data.

“We’re not aware of any issue caused by our disposable flavors,” Blonde said.

Sales of disposable e-cigarettes and all other tobacco and vaping products are prohibited to teenagers under the government’s new age limit, which went from 18 to 21 late last year.

High school student Philip Fuhrman says most of his New York classmates who vape have ditched Juul for disposables like Stig, a tiny e-cigarette sold in flavors like mighty mint and mango bomb.

They’re easier to hide because “they’re smaller and when you’re done you can just throw it away,” said the 16-year-old Fuhrman, who says he no longer vapes. He’s now an anti-vaping activist and his mother is one of the founders of a parents’ group opposed to youth vaping.

At $20 for a three-pack, Stig may not seem cheap. But Fuhrman and other teens say it’s a smaller investment than the $40 or $50 needed to buy a Juul device and a four-pack of pods. Furhman says teens will instead buy a pack of Stigs “for the weekend and then just be done with it.” 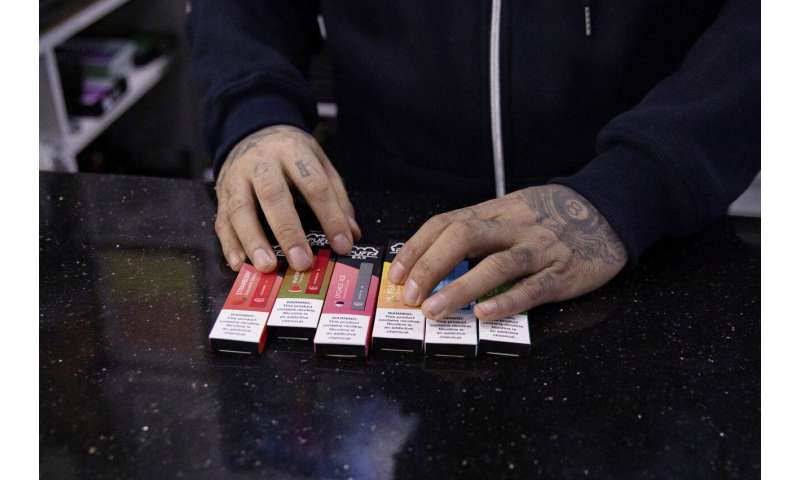 The makers of Stig, Puff Bar and Fogg disposables did not respond to requests for comment.

Analysts report that disposables are still just 5% of the nearly $15 billion global vaping market, according to the firm ECigIntelligence.

Researchers who study e-cigarette trash around high schools say they have noticed a shift in what teens are vaping. Jeremiah Mock, of the University of California, San Francisco, has been finding discarded Puff Bars in local school parking lots over the last three months.

Since the FDA announcement, distributors and manufacturers have ramped up their disposable offerings, according to Vapewerks owner Jeremy Gardner in Cumberland, Maryland.

“How do disposables get a free pass when they’re essentially the same thing as a Juul or anything else that comes with a prefilled pod?” he asked.

Gardner doesn’t stock his most requested brand, Puff Bar, but sells a rival disposable. Most of his business comes from larger, tank-based vapes, which are more popular with adults and allow users to customize flavors and nicotine concentrations. Those products are exempt from government flavor restrictions.

E-cigarettes, which heat a nicotine solution into a vapor, are often promoted as a less harmful alternative to traditional cigarettes but the FDA has not approved any vaping product to help smokers quit. The makers of all vaping products face a May deadline to submit applications for government health and safety review.

Mike Chang, owner of Master Piece Smoke Shop in New York City, says most of his customers who buy disposables switched from Juul after the company pulled its mint, mango and dessert flavors last fall. The company took that voluntary step under pressure from multiple federal investigations and lawsuits from state and local authorities. 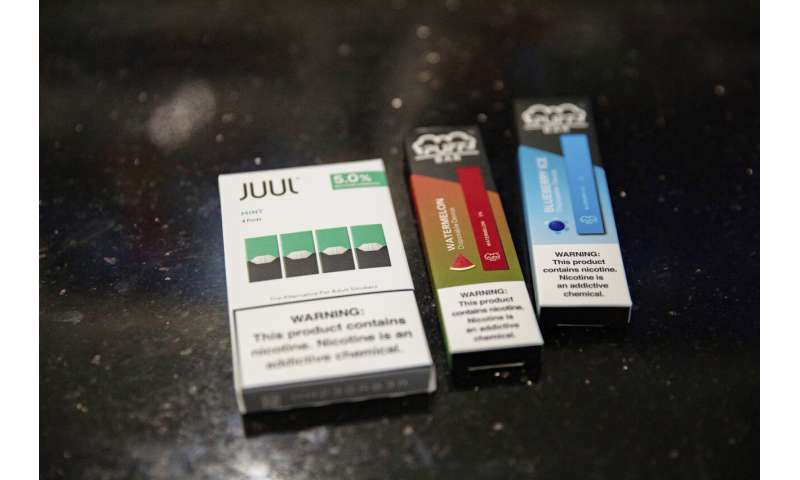 The San Francisco company’s retail sales have fallen 35% since their peak last July, driven by the loss of flavors, according to Wall Street research firm Piper Sandler. Juul does not sell disposable e-cigarettes.