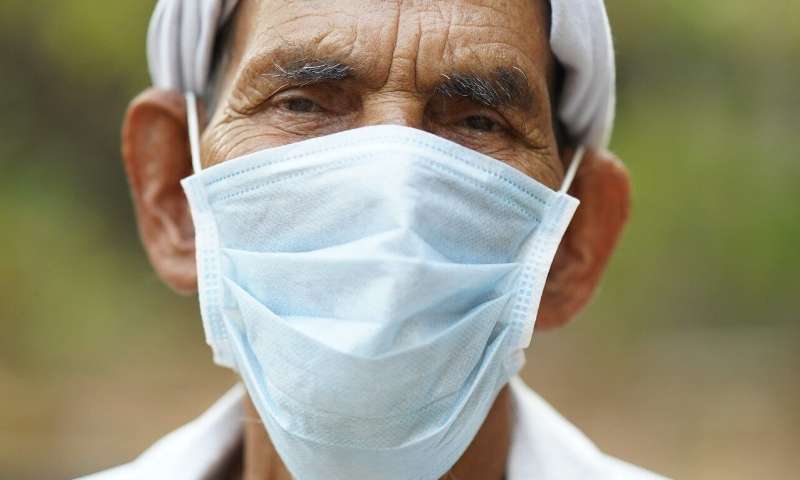 Existing limited evidence suggests that wearing face coverings to protect against COVID-19 does not lead to a false sense of security and is unlikely to increase the risk of infection through wearers foregoing other behaviors such as good hand hygiene, say researchers from the University of Cambridge and King’s College London.

Writing in BMJ Analysis, the researchers say that the concept of ‘risk compensation’ is itself the greater threat to public health as it may discourage policymakers from implementing potentially effective measures, such as wearing face coverings.

Wearing face coverings, particularly in shared indoor spaces, is now mandated or recommended in more than 160 countries to reduce transmission of SARS-CoV-2, the virus that causes COVID-19. Worn correctly, face coverings can reduce transmission of the virus as part of a set of protective measures, including maintaining physical distance from others and good hand hygiene.

While it is not clear how much of an effect face coverings have, scientists have urged policymakers to encourage the wearing of face coverings because the risks are minimal while the potential impact is important in the context of the COVID-19 pandemic.

However, early in the pandemic, the World Health Organization warned that wearing face coverings could “create a false sense of security that can lead to neglecting other essential measures such as hand hygiene practices”. This type of behavior is known as ‘risk compensation’.

A team led by Professor Dame Theresa Marteau at the Behavior and Health Research Unit, University of Cambridge, has examined the evidence for risk compensation to see whether concerns might be justified in the context of face coverings to reduce transmission of SARS-CoV-2.

The idea behind risk compensation is that people have a target level of risk they are comfortable with and they adjust their behavior to maintain that level risk. At an individual level, risk compensation is commonplace: for example, people run for longer to offset an eagerly anticipated indulgent meal and a cyclist may wear a helmet to cycle at speed.

At a population level, evidence for risk compensation is less clear. A commonly-cited example is the mandated wearing of bike helmets purportedly leading to an increase in the number of bike injuries and fatalities. Another often-cited example is the introduction of HIV pre-exposure prophylaxis (PrEP) and HPV vaccination purportedly leading to an increase in unprotected sex.

Professor Marteau and colleagues say the results of the most recent systematic reviews—a technique that involves examining all available evidence on a topic—do not justify the concerns of risk compensation for either of these examples. In fact, for HPV vaccination, the opposite effect was found: those who were vaccinated were less likely to engage in unprotected sexual behavior as measured by rates of sexually transmitted infection.

At least 22 systematic reviews have assessed the effect of wearing a mask on transmission of respiratory virus infections. These include six experimental studies, involving over 2,000 households in total—conducted in community settings that also measured hand hygiene. While none of the studies was designed to assess risk compensation or looked at social distancing, their results suggest that wearing masks does not reduce the frequency of hand washing or hand sanitizing. In fact, in two studies, self-reported rates of hand washing were higher in the groups allocated to wearing masks.

The team also found three observational studies that showed people tended to move away from those wearing a mask, suggesting that face coverings do not adversely affect physical distancing at least by those surrounding the wearer. However, they say that as none of these studies have been peer-reviewed, they should be treated with caution.

“The concept of risk compensation, rather than risk compensation itself, seems the greater threat to public health through delaying potentially effective interventions that can help prevent the spread of disease,” said Professor Marteau.

“Many public health bodies are coming to the conclusion that wearing a face covering might help reduce the spread of SARS-CoV-2, and the limited evidence available suggests their use doesn’t have a negative effect on hand hygiene,” added co-author Dr. James Rubin from the Department of Psychological Medicine, King’s College London.