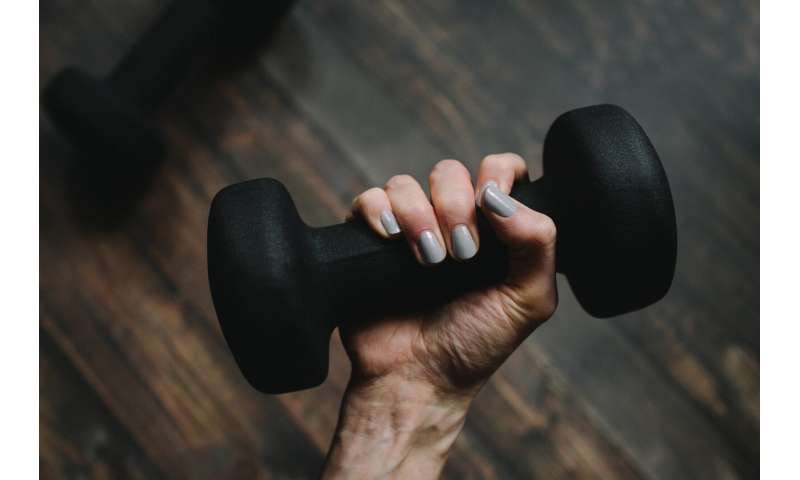 New research from Edith Cowan University (ECU) has revealed that training one arm can improve strength and decrease muscle loss in the other arm—without even moving it.

The findings could help to address the muscle wastage and loss of strength often experienced in an immobilized arm, such as after injury, by using eccentric exercise on the opposing arm.

A new way of thinking

ECU’s Professor Ken Nosaka in the School of Medical and Health Sciences was part of the international study and said that the findings challenge conventional rehabilitation methods and could improve outcomes for post-injury and stroke patients.

“I think this could change the way we approach rehabilitation for people who have temporarily lost the use of one arm or one leg,” Professor Nosaka said.

“By starting rehab and exercise in the uninjured limb right away, we can prevent muscle damage induced by exercise in the other limb and also build strength without moving it at all.”

Professor Nosaka said the group who used a heavy dumbbell to perform only eccentric exercise on their active arm showed an increase in strength and a decrease in muscle atrophy, or wastage, in their immobilized arm.

“Participants who did eccentric exercise had the biggest increase in strength in both arms, so it has a very powerful cross-transfer effect,” he said.

“This group also had just two percent muscle wastage in their immobilized arm, compared with those who did no exercise who had a 28 percent loss of muscle. This means that for those people who do no exercise, they have to regain all that muscle and strength again.”

Professor Nosaka said he plans on expanding the research further into other arm muscles and movements.

“In this study we focused on the elbow flexors as this muscle is often used as a model to examine the effects of immobilization on strength and size, and of course it is an important muscle for arm movement,” he said.

“In the future, we hope to look at how eccentric exercise can help improve motor function, movement and fine muscle control, which is particularly important for stroke and rehabilitation patients.”

Professor Nosaka also said this type of training is useful for athletes who can begin post-injury recovery sooner.