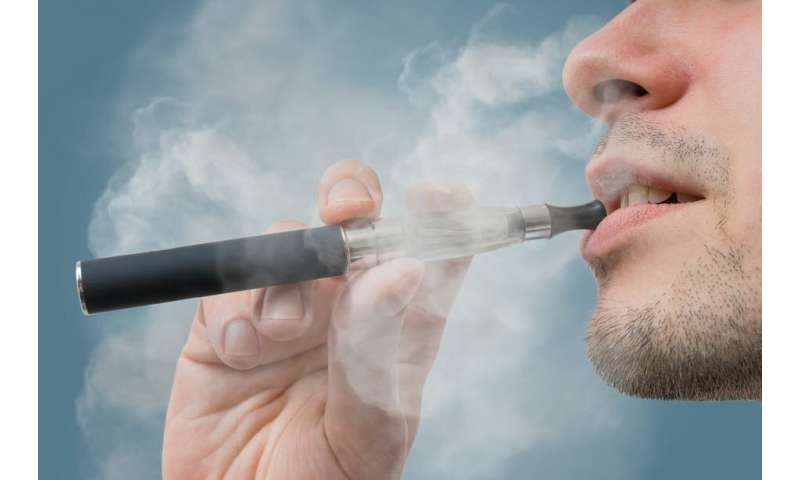 E-cigarettes are a popular alternative to smoking, but we still know very little about the effects of them on our health. While numerous studies have explored the effect of e-cigarettes on our lungs, heart, and overall health, one important and often overlooked consideration is what effect they have on our microbiome. But a recent study has found e-cigarettes change the bacteria in our mouths. These bacterial changes can lead to disease, if left unchecked.

Our microbiome is the living community of bacteria, fungi, and viruses that keep us healthy. We often hear a lot about our gut microbiome, but our oral microbiome is probably just as important to our overall health. It’s the second and most diverse microbiota next to the gut, home to over 1,000 species of microbes. It’s the gateway to the rest of our digestive system and plays a key role in helping us break down foods.

Our oral microbiome also wards off potentially harmful microbes by preventing them from reproducing. A healthy oral microbiome reduces the chances of developing infections or disease.

A recent study investigating the effect of e-cigarettes on our oral microbiome found that e-cigarettes have a negative impact on the diversity of the bacteria present. They also cause an immune response from cells, which can lead to long-term damage to the surrounding cells.

Our oral microbes are not only the first to experience e-cigarette vapor, they’re also exposed to higher concentrations of the chemicals. This arguably makes them most likely of any of the body’s microbes to experience the negative effects of e-cigarettes. Changes in the balance of our mouth microbes can lead to some severe diseases, such as tooth decay and gum disease, or leave us susceptible to infections from localized gum disease that can trigger heart disease or respiratory infections or systemic infections like sepsis, which can be fatal. Some of these infections and diseases have also been associated with oral cancers.

For this particular study, 123 participants were recruited and split into five groups: smokers, non-smokers, e-cigarette users, former smokers currently using e-cigarettes, and those that use both. The team collected dental plaque samples to find out more about the microbes present and the genes they have, as well as fluid from the gums to know how the human body has reacted to these microbes. They also grew bacteria in the lab after exposing them to cigarette smoke and e-cigarette vapor.

The study found that those who used e-cigarettes had very similar species of microbes, suggesting e-cigarettes played a role in how the microbial community forms and exists. However, there were some significant differences in the smokers group, non-smoker group and e-cigarette groups, all of which had unique oral microbiomes.

When they looked at groups of people that switched from smoking to e-cigarettes and former smokers, they found their microbiota to be very similar—but they were still very different compared to non-smokers. Although this study didn’t specify which bacterial species were affected, even small changes from the healthy bacteria would likely result in negative effects overall. Gram negative bacteria, which are typically considered the “bad microbes”, were common between smokers and e-cigarette users.

The researchers also found that the microbes in the e-cigarette group had genes that lead to biofilm growth (such as dental plaque). Biofilms make microbes more resilient to the effects of drugs, toxic compounds and the immune system. This suggests that e-cigarettes vapors cause a stress response in the mouth’s microbes.

When stressed, microbes switch on their fight-or-flight genes, making them better able to survive in harsh environments. They do this by producing special enzymes that cause damage to other cells in order for the microbes to use their nutrients and get more space to reproduce. This leads to a cycle of more inflammation, causing a stronger stress response from other cells. However, if we can’t remove these stressed microbes, this sustained, long-term inflammation can lead to severe diseases.