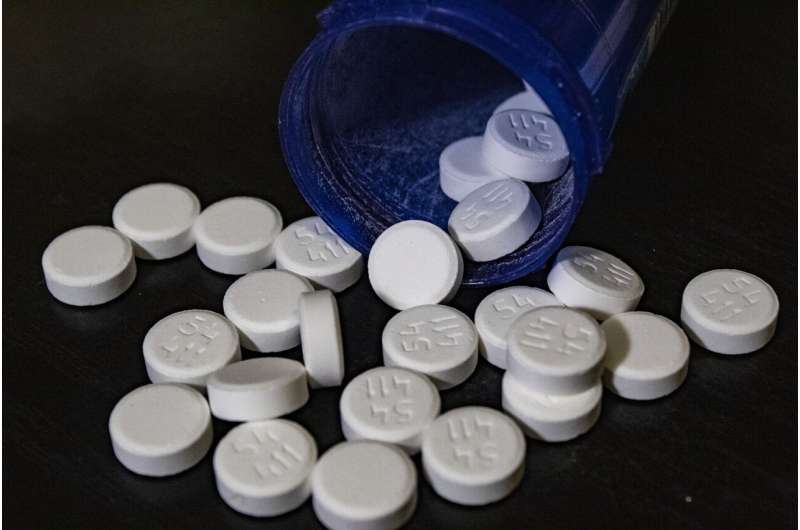 States, cities, counties and tribal governments across the nation will soon receive a windfall through several major opioid settlements. Drug distributors and manufacturers, including Purdue Pharma and the Sackler family members who own it, will relinquish a total of about US$32 billion for their role in the overdose crisis. Other litigation could yield more funds.

I am a sociologist who studies how the overdose crisis affects patient care. My research shows why these funds cannot come quickly enough for the communities poised to receive them.

Opioid overdoses soared 28.5% to a record high of 100,306 in the 12 months ending in April 2021—according to the most recent data available. But, two decades after this crisis began, only 6.5% of Americans with substance use disorders receive any kind of treatment. And only 30% of those who get help receive medications that are effective at treating opioid use disorders.

In my view, money spent increasing access to methadone and buprenorphine, drugs backed with strong evidence, would significantly narrow this treatment gap.

The settlements could help because they recommend that at least some of those billions fund treatment. However, state legislatures will ultimately decide where most of this money goes.

If settlements lead to a significant increase in treatment, it would mark an improvement over what happened to the Big Tobacco settlements reached in 1998. Most of the funds from those deals that were supposed to support smoking cessation and prevention have instead padded state budgets and funded unrelated projects.

Three drugs are prescribed for opioid use disorder

Ensuring that the settlement funds support what they’re supposed to pay for is only one hurdle.

A separate challenge is defining what counts as treatment—including who can provide it. The field is vast and varied. Treatment can come in a pill or consist of talk therapy. It can require a residential rehab stint or outpatient programs.

Anyone from physicians to peers can provide this care, and it’s hard to determine what will work for a specific person. While no approach works for everyone, clear evidence suggests that more people should have access to medications for opioid use disorder.

It might seem strange that the best treatment for people hooked on drugs is another drug. However, providing methadone and buprenorphine isn’t just substituting one drug for another. These medications interrupt chaotic drug use and remove the highs and lows of addiction. They regulate the body just as antidepressants or insulin do.

The FDA has approved three drugs: methadone, a solution taken by mouth dispensed in specialized clinics; buprenorphine, a tablet or film taken in doctors’ offices; and naltrexone, a pill or injection physicians may administer.

Their costs vary. Buprenorphine and methadone, which reduce opioid cravings and withdrawal symptoms, cost an average $6,250 per year. Naltrexone, which blocks the feelings of euphoria opioids create, costs about $14,000 annually. These costs include related services like office visits and counseling.

People treated for opioid use disorder take these drugs for a year or longer.

In contrast, people who took naltrexone were just as likely to overdose as those taking no medication. More research is needed to determine whether naltrexone makes a difference.

Evidence for detox and inpatient programs

Research suggests that residential programs, which can cost as much as $60,000 for 90 days of inpatient rehab, and other nonmedical approaches are less effective at treating opioid use disorder than drugs.

A study that reviewed different kinds of treatments found that patients who got detoxification or intensive behavioral health therapy were as likely to overdose or need acute care as those who received no treatment at all.

Sadly, some people enrolled inpatient, abstinence-based programs may even experience harm, because someone with an opioid use disorder is vulnerable to relapse right after treatment ends. Since abstaining from drugs altogether lowers tolerance, taking the the same amount of a substance as before rehab increases overdose risks.

Cost isn’t the only obstacle

If medication works well for treating opioid use disorders, why is it so hard for people who need help to get these drugs? I see four main barriers.

First, federal laws tightly restrict distribution. Methadone, used to treat opioid use disorders in the U.S. since 1972, can be provided only in federally certified opioid treatment programs, and physicians who prescribe it must register annually with the Drug Enforcement Administration. Patients getting methadone must attend counseling and visit a clinic daily to receive a single dose.

People on methadone call it “liquid handcuffs” because of the strict rules they must follow to get it.

Some restrictions have relaxed during the COVID-19 pandemic. The federal government now allows states to apply for an exemption that permits treatment programs to provide up to a month’s supply to take home. Many patients say they like not having to make daily trips to a clinic.

Until 2021, doctors had to complete eight hours of training to obtain waivers, but as of 2021 they can treat up to 30 patients without it. Still, fewer than 10% of general practitioners prescribe buprenorphine, and those who do see an average of only eight patients each month. Physicians say more education and resources would make them more likely to prescribe it.

Pharmacists could also take on this task. Pilot studies have shown that they can effectively treat patients with buprenorphine through collaboration with physicians. If scaled up, pharmacy-based programs could significantly expand access. Pharmacists in Canada, England and elsewhere already provide methadone, and pharmacy organizations in the U.S. have called for similar programs.

However, some pharmacists shy away from dispensing buprenorphine because they fear being targeted by law enforcement.

The third barrier is that although patients run a high risk of dying after surviving an overdose, most emergency departments send them away without helping them find long-term treatment.

Emergency medicine physicians I have interviewed tell me they don’t have ways to make these referrals, so they revive patients from overdose and discharge them without additional care. Some hospitals see this as a missed opportunity.

Dell Seton Medical Center in Austin, Texas, and Boston’s Massachusetts General Hospital have developed programs to put people on buprenorphine after an overdose and to connect them to physicians authorized to prescribe it long-term. Expanding access to treatment based in emergency departments would reduce the risk of overdose death.

Finally, studies show that harm reduction organizations such as syringe exchange programs and overdose prevention centers, along with efforts to distribute and administer the drug naloxone to quickly reverse an opioid overdose, can expedite the start of treatment for opioid use disorders.

However, political opposition to these programs persists, even in West Virginia and the other places hardest hit by the overdose crisis. When programs manage to take root, they are underfunded.

Many kinds of programs will compete for the funds made available through the settlements.

But the research is clear: Medications for opioid use disorder offer a substantial return on investment.

To be sure, these are chronic, relapsing conditions. People struggling with them need an array of services to get their lives on track. Still, medications are a critical tool.