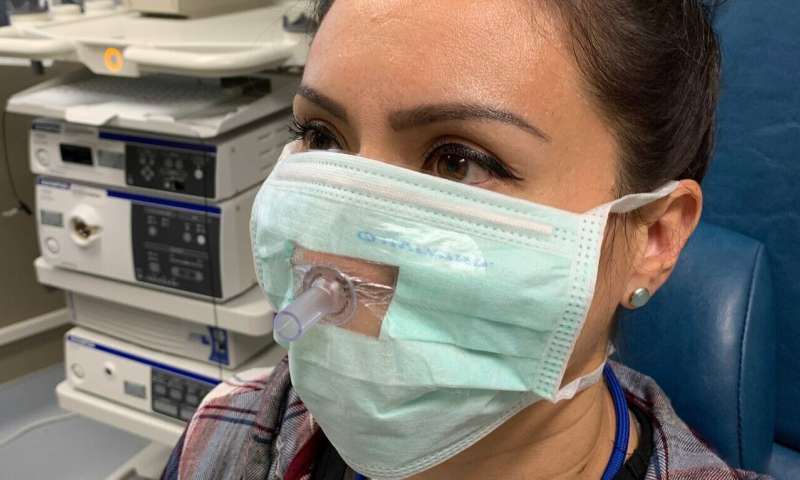 An otolaryngologist has developed a simple mask design that significantly improves safety during aerosol-generating activities of the head and neck. .

Because of the pandemic, the number of patients Dr. Scott Fuller was seeing plummeted to one or two per day.

“I’d been sitting in my office quite a lot at that point in time, because we just weren’t able to do anything,” Fuller said in an interview on Friday. “We weren’t able to see patients unless they were emergent patients in our clinic, and if we were seeing patients and had to do an endoscopy, we had to get into N95, goggles, face shields, all kinds of PPE.”

Fuller specializes in head and neck cancer at the VA hospital in Sacramento. In late April, using scissors, he modified a surgical mask, installing a nasal tube and a transparent window for patients to wear. The new design now allows him to see a higher number of patients safely.

Fuller is now working to patent the invention and quickly transfer it to an industry partner who can begin its commercialization and mass production. After building a handful of his own prototypes, Fuller is now working with the VA’s Human Engineering Research Labs in Pittsburgh, which recently sent him a shipment of advanced prototypes.

Federal law allows VA inventions to be licensed to businesses or entrepreneurs. Once licensed, an invention can be taken to market. Fuller is working with the VA Tech Transfer Program to submit a patent application and identify companies that have the ability to produce the mask for widespread use.

As the VA national partnership intermediary, TechLink is supporting the VA’s outreach. Jonathan Baker, a senior technology manager at TechLink, has interviewed Dr. Fuller and is facilitating licensing conversations with companies. 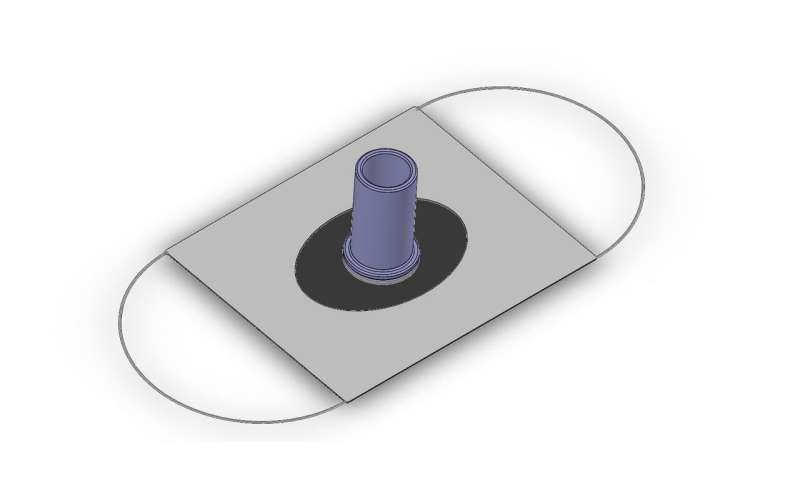 “It’s a timely, useful invention with an existing market,” Baker said. “Its simplicity makes it manufacturable and marketable.”

Companies can now read Baker’s summary of the technology and contact him directly.

Ear, nose, and throat doctors are, like others in the medical professions, at an increased risk of infection by the novel coronavirus, yet need to see patients who may or may not be carrying it. Viral particles can go airborne during endoscopic examinations in which a fiber-optic camera is inserted into the mouth or nose of a patient. The new mask’s transparent window allows doctors to see the patient’s nose or mouth during the procedure.

After an endoscopy, to completely clean an examination room, it has to be left empty for as long as three hours while the ventilation system changes out the air. Fuller’s new mask eliminates the downtime by blocking any droplets or aerosol particles from going airborne. Additionally patients can put the mask on just as they would any other surgical mask before entering the exam room.