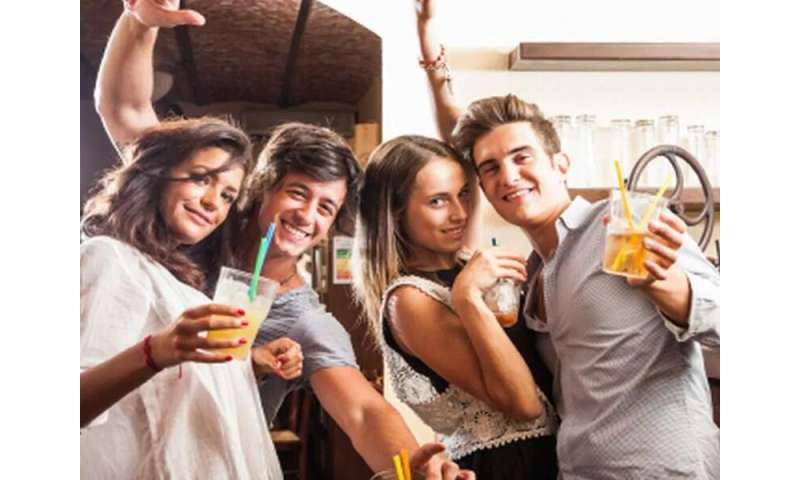 During the late teens and early 20s, young people may booze it up a lot, but they eventually dial it back, right?

A new study study confirms that drinking rates do tend to decrease after college age. But on an individual level, it all depends on various factors such as the drinker’s social networks and personality.

“It’s almost become a myth that people mature out of alcohol use in later adolescence and young adulthood,” said study author Michael Windle, chairman of the Rollins School of Public Health at Emory University in Atlanta.

Windle’s study of more than 1,000 men and women found that young adults tend to continue the alcohol use of their teen years—be it light, moderate or heavy drinking, though moderate and heavy drinkers initially step up their intake before cutting back.

“Almost everyone tries something for a while in an experimental phase, but then they stop,” he said.

Windle noted that previous research suggested alcohol abuse peaks at 19 to 25 years of age. But the observed drop in later 20s may owe less to “maturing out” and more to fewer new cases being diagnosed, he wrote.

“You don’t see that all of a sudden at age 37, they start drinking,” Windle said.

For the study, he followed more than a thousand volunteers at seven points between age 17 and 33.

Participants were grouped according to their alcohol use: 646 drank low amounts throughout those years; 300 drank moderately in their teens, gradually increasing their intake by age 23, then decreasing slightly as they reached their 30s; and 58 drank heavily as teens and young adults and then cut back slightly.

Both moderate and heavy drinkers did cut back by age 33, Windle found, but not by much. And both groups were more likely to have health problems, as well as difficulties with relationships and work.

Heavy drinkers also were more likely to have friends who drank excessively or used drugs, the study found.

From about 24 to 29 years of age, heavy drinkers cut back to an average 4.5 drinks—down by just under a drink per day. Moderate drinkers, meanwhile, had cut back only about 0.27 drinks a day, to an average daily intake of 1.28.

“One drink a day is probably not going to cause problems,” Windle said, but for some moderate drinkers, the monthly total meant five days a month of bingeing six drinks at a time.

“That’s clearly not normative for adults,” he said.

The U.S. National Institute on Alcohol Abuse and Alcoholism defines binge drinking as five drinks within a short period for men and four for women. It’s associated with drunken driving, accidental injuries and sexual assaults, according to the institute, and continued binge drinking can damage the liver and other organs.

“This study highlights that drinking behavior in adolescents, whether it be moderate or severe consumption, has been associated with multiple stressors later in life,” he said. “This may result in conflict with relationships, within the family and the workplace.”

Krakower said the concept of “maturing out” of alcohol use may involve many factors and more study is needed to clarify those.

Teens should be screened for alcohol use early on, he said. “This will help to identify patterns of drinking, current triggers and potential need for further intervention,” Krakower added.

Most studies of youth drinking have not extended into the later 20s and early 30s, Windle said. He suspects that drinking levels extend into middle age and called for long-term studies to test that theory.

A grant from the U.S. National Institute on Alcohol Abuse and Alcoholism funded the research.