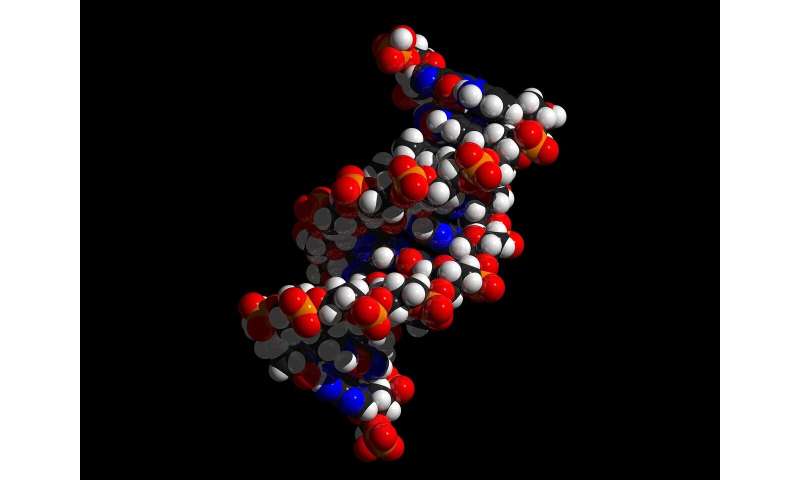 It’s known that genetics, or an inherited genome, is a major determinant of one’s risk for autoimmune diseases, like Type 1 diabetes. In human cells, a person’s genome—about six feet of DNA—is compressed into the micrometer space of the nucleus via a three-dimensional folding process. Specialized proteins decode the genetic information, reading instruction from our genome in a sequence-specific manner. But what happens when a sequence variation leads to the misinterpretation of instruction, causing pathogenic misfolding of DNA inside the nucleus? Can the different folding patterns make us more susceptible to autoimmune diseases?

Now, in a first-of-its-kind study, researchers at Penn Medicine found, in mice, that changes in DNA sequence can trigger the chromosomes to misfold in a way that puts one at a heightened risk for Type 1 diabetes. The study, published today in Immunity, revealed that differences in DNA sequences dramatically changed how the DNA was folded inside the nucleus, ultimately affecting the regulation—the induction or repression—of genes linked to the development Type 1 diabetes.

“While we know that people who inherit certain genes have a heightened risk of developing Type 1 diabetes, there has been little information about the underlying molecular factors that contribute to the link between genetics and autoimmunity,” said the study’s senior author Golnaz Vahedi, Ph.D., an assistant professor of Genetics in the Perelman School of Medicine (PSOM) at the University of Pennsylvania and a member of the Institute for Immunology and the Penn Epigenetics Institute. “Our research, for the first time, demonstrates how DNA misfolding—caused by sequence variation—contributes to the development of Type 1 diabetes. With a deeper understanding, we hope to form a foundation to develop strategies to reverse DNA misfolding and change the course of Type 1 diabetes.”

Autoimmune diseases, which affect as many as 23.5 million Americans, occur when the body’s immune system attacks and destroys healthy organs, tissues and cells. There are more than 80 types of autoimmune diseases, including rheumatoid arthritis, inflammatory bowel disease, and Type 1 diabetes. In Type 1 diabetes, the pancreas stops producing insulin, the hormone that controls blood sugar levels. White blood cells called T lymphocytes play a significant role in the destruction of insulin-producing pancreatic beta cells.

Until now, little has been known about the extent to which sequence variation could cause unusual chromatin folding and, ultimately, affect gene expression. In this study, Penn Medicine researchers generated ultra-high resolution genomic maps to measure the three-dimensional DNA folding in T lymphocytes in two strains of mice: a diabetes-susceptible and diabetes-resistant mouse strain. The two strains of mice have six million differences in their genomic DNA, which is similar to the number of differences in the genetic code between any two humans.

The Penn team, led by Vahedi and co-first authors Maria Fasolino, Ph.D., a postdoctoral fellow in Immunology, and Naomi Goldman, a graduate student in the PSOM, found that previously defined insulin-diabetes associated regions were also the most hyperfolded regions in the T cells of diabetic mice. Researchers then used a high-resolution imaging technique to corroborate the genome misfolding in diabetes-susceptible mice. Importantly, they found the change in folding patterns occurred before the mouse was diabetic. Researchers suggest that the observation could serve as a diagnostic tool in the future if investigators are able to identify such hyperfolded regions in the T cells of humans.

After establishing the where the chromatin is misfolded in the T cells in mice, researchers sought to study gene expression in humans. Through a collaboration with the Human Pancreas Analysis Program, they discovered that a type of homologous gene in humans also demonstrated increased expression levels in immune cells infiltrating the pancreas of human.