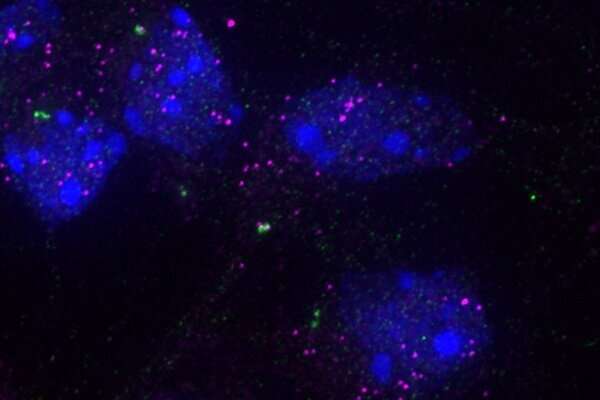 Internationally renowned neurobiologist Magdalena Götz is pursuing important leads in her quest to elucidate the causes of neurological diseases. Together with her team at Helmholtz Munich and Ludwig-Maximilians-Universität München, she has gained new insights into the human centrosome, whose malfunction is linked to many neurodevelopmental disorders.

The centrosome is the organelle responsible for the organization of the cytoskeleton during cell division, an essential function in organisms from yeast to humans. Until now, scientists assumed that the centrosome was very similar in all cells due to its general tasks. However, Götz and her team evaluated this notion in neurons and their developmental precursors, so-called neuronal stem cells. “There is so much we don’t yet know about these cells, including how the centrosomes of neurons compare to those of neural stem cells and other cell types,” Götz says. Their subsequent discoveries now fundamentally challenge the assumption that all centrosomes are created equal.

Centrosomes are not ‘one type fits all’

In close collaboration with the Helmholtz Munich Proteomic Core Facility led by Stefanie Hauck, the researchers found that the composition of proteins in centrosomes differs profoundly depending on the cell type.

“We were surprised not only by the unexpected high degree of heterogeneity of the centrosomes, but also by the discovery of many unexpected proteins associated with them—for example, RNA-binding proteins and even proteins responsible for splicing (the processing of RNA), which normally takes place in the nucleus,” Götz explains.

The location of centrosome-associated proteins is crucial for disease

The scientists discovered that a specific protein (the ubiquitously expressed splicing protein PRPF6) is enriched at the centrosome in neural stem cells, but not in neurons. A mutation of the protein found in patients with brain malformation periventricular heterotopia also leads to a similar phenotype in animal models.

Götz says that “this means that the location of a protein is crucial for a disease. With our centrosome analysis, we now have an important resource to test further associations with neuronal diseases. In particular, our research can explain for the first time why a protein that is present in all cells, after mutation, causes a phenotype only in the brain, but not in other organs. This will allow further insights into disease mechanisms—and thus get one step closer to their treatment.”