Dementia is an umbrella term used to describe a range of progressive neurological disorders. It mostly affects people over the age of 65 but it is not caused by ageing. One of the first casualties of dementia is memory loss but symptoms can crop up in different parts of the body.

This is because dementia damages the nerve cells in the brain, which sends signals to different parts of the body.

One example of this signal disruption can be seen in increased difficulties with using the toilet.

Incontinence, the involuntary leakage of urine or faeces, is a warning sign of dementia.

According to the Alzheimer’s Society (AS), urinary incontinence typically takes the form of a small occasional leak, a trickling after passing urine, or total loss of bladder control. 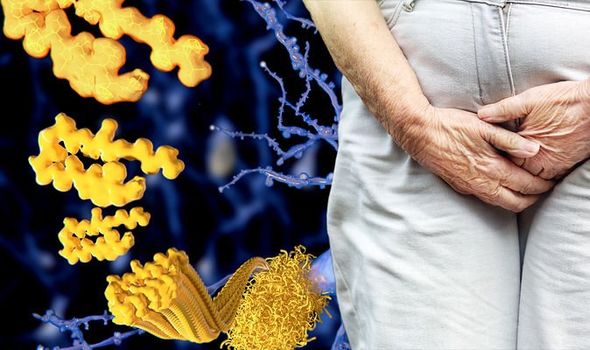 There are several different types of urinary incontinence.

“Probably the most common form in people with dementia is an overactive bladder,” explains the AS.

This gives the feeling of a sudden and intense need to go, and frequent urination.

Women are also at particular risk of a different type of urinary incontinence called stress incontinence, notes the AS.

“This is when a cough, sneeze or laugh causes a small leak of urine,” it says.

How to control an overactive bladder

If a health professional has suggested a person with dementia might has an overactive bladder, there are steps they can take to alleviate the condition.

The AS says to: 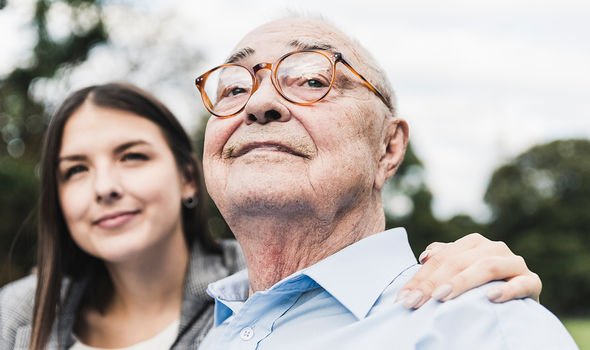 “People with dementia can become apathetic or uninterested in their usual activities, or may have problems controlling their emotions,” notes the NHS.

It adds: “A person with dementia may lose empathy (understanding and compassion), they may see or hear things that other people do not (hallucinations).”

Can it be prevented?

There’s no known way to prevent dementia – researchers are still investigating how the disease develops.

However, there’s good evidence that a healthy lifestyle can help reduce your risk of developing dementia when you’re older. 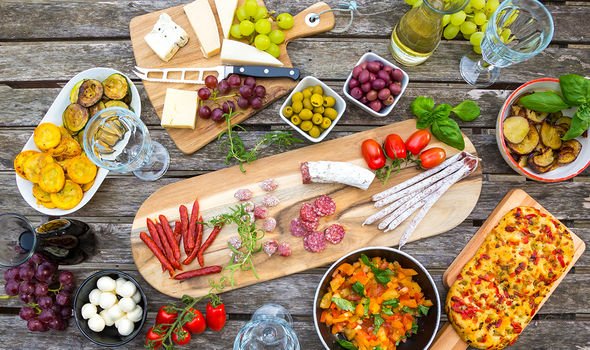 According to the AS, doing regular physical activity is one of the best ways to reduce your risk of dementia.

Eating a Mediterranean diet has also been shown to offer some protection against brain decline.

“This has been shown to help thwart Alzheimer’s or slow its progression,” said Dr. Gad Marshall, associate medical director of clinical trials at the Center for Alzheimer Research and Treatment at Harvard-affiliated Brigham and Women’s Hospital.