Coronavirus vaccine hopes have ignite over the last two weeks, as US developers came forwards with two provisionally effective jabs. While they have not yet recieved full approval for use by the general public, governments across the world have hailed them as a potential way out from the pandemic. The UK’s Government is among them, and recently announced its plans for rolling out the vaccine when one becomes available. 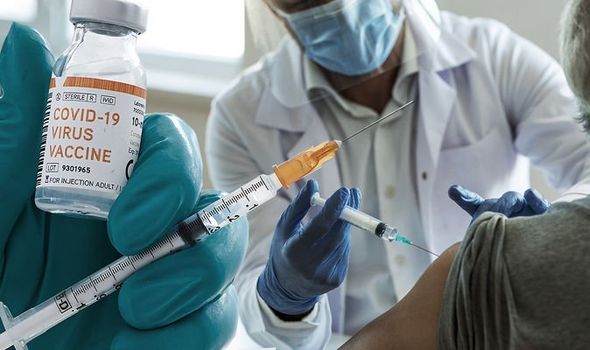 According to the HSJ, all adults would have a chance to get the jab when supplies become available some time next year.

They added everyone who opts to receive a vaccine will have had it by early April 2020.

But the plans hangs on a range of assumptions, specifically when it comes to planned uptake.

The list of ages and dates proposed for vaccination are: