The deadly COVID-19 thrives in those with type 2 diabetes due their high blood sugar levels, according to new research. The findings shed fresh new light on why diabetics are more prone and vulnerable to the deadly pandemic. It’s been reported that the virus increases glucose metabolism by fuelling the overproduction of immune cells. A phenomenon known as “cytokine storm.”

Co-author of the research, Dr Shi Liu of Wuhan University in China said of the latest discovery: “We believe that glucose metabolism contributes to various COVID-19 outcomes.

“Both influenza and COVID-19 can induce a cytokine storm. COVID-19 patients with diabetes have shown higher mortality.”

Diseases such as COVID-19 and flu can be fatal due to an overreaction of the body’s immune system.

Cytokines are the activating compounds of immune cells. In a flu infection there is often a surge of them into the lungs.

As the pandemic grips the world, Dr Liu and colleagues have shown for the first time how glucose metabolism is affecting patients.

Cytokine storms cause some individuals to suffer more from flu and perhaps more COVID-19 than others.

However, the mechanisms behind it remain a mystery, explained the researchers. 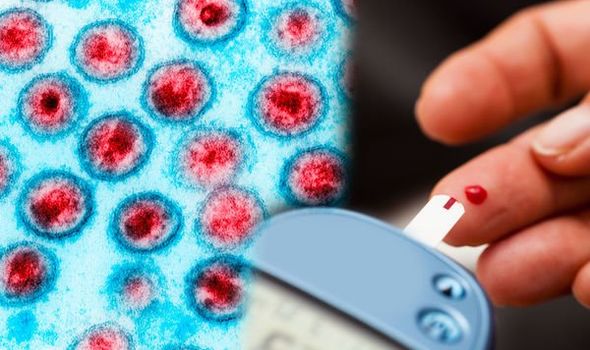 What the study revealed

Glucose metabolism and inflammatory cytokine signal networks are known to have evolved together.

But it has not been clear whether they interact during flu infection. The finding published in Science Advances is based on experiments in mice.

Lab rodents given glucosamine produced much higher levels of inflammatory cytokines than those that did not receive the sugar supplement.

These were collected from volunteers during physical examinations at two Wuhan University hospitals between 2017 and 2019.

This identified a chemical pathway which metabolises glucose as playing an essential role in cytokine storms triggered by the flu virus.

“Glucose metabolism and the inflammatory cytokine signal network evolved together.

“Nevertheless, it remains unclear whether the two systems interact with each other during flu infection.

“In this study, we identified a previously undescribed mechanism of flu-regulated cytokine storm, in which flu induces cytokine storm by increasing glucose metabolism.” 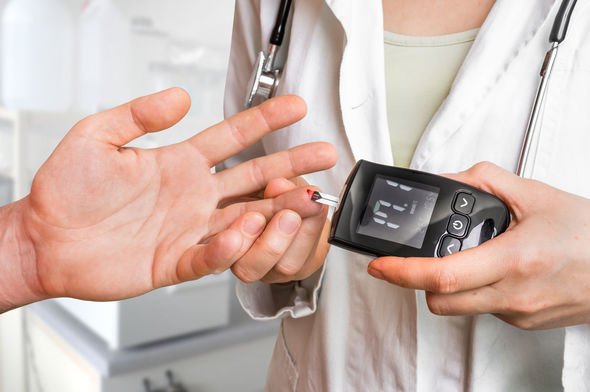 Cytokines are small proteins released by many different cells in the body, including those of the immune system where they coordinate the body’s response against infection and trigger inflammation.

Sometimes the body’s response to infection can go into overdrive. For example, when SARS-CoV-2 – the virus behind the pandemic – enters the lungs, it triggers an immune response.

This attracts immune cells to the region to attack the virus, resulting in localised inflammation.

But in some patients, excessive or uncontrolled levels of cytokines are released which then activate more immune cells, resulting in hyperinflammation.

This can seriously harm or even kill the patient. The name ‘cytokine’ is derived from the Greek words for cell (cyto) and movement (kinos).

It has been increasingly recognised inflammatory responses must be couple to specific metabolic programs to support their energetic demands.

Several reports have suggested the potential role of glucose metabolism in flu infection.

Dr Liu added: “Although more research is needed to understand the delicate regulatory mechanisms between flu-induced cytokine storm and glucose metabolism, our current findings may provide a potential target for the treatment of flu infection in the future.”

Cytokine storms are a common complication not only of COVID-19 and flu but of other respiratory diseases caused by coronaviruses such as SARS and MERS.

They are also associated with non-infectious diseases such as multiple sclerosis and pancreatitis.

The phenomenon became more widely known after the 2005 outbreak of the avian H5N1 influenza virus, also known as “bird flu”, when the high fatality rate was linked to an out-of-control cytokine response.

Cytokine storms might explain why some people have a severe reaction to coronaviruses while others only experience mild symptom.

They could also the reason why younger people are less affected, as their immune systems are less developed and so produce lower levels of inflammation-driving cytokines.

In 2006, six healthy young men were left in intensive care with multiple organ failure as a result of an out-of-control cytokine immune response during a preclinical trial of a new kind of drug.

The fatal reaction happened just 90 minutes after receiving a dose of the drug.