A dog in Lousiana has become the first canine in the state to test positive for the novel coronavirus, officials said this week.

The Louisiana Department of Agriculture and Forestry (LDAF) in a news release on Tuesday announced that the dog tested positive for SARS-CoV-2, the virus that causes a COVID-19 infection in humans.

Though LDAF officials did not articulate exactly how the dog was infected, “It appears that people with COVID-19 can spread the virus to animals during close contact,” said Louisiana Commissioner of Agriculture and Forestry Mike Strain in a statement.

“It is important for people with suspected or confirmed COVID-19 to avoid contact with pets and other animals to protect them from possible infection. At this time, routine testing of animals is not recommended,” he continued.

“If you are diagnosed with COVID-19, allow a family member or close friend to care for your pets. If no one is available, maintain a safe distance from your pet and frequently wash your hands before and after contact with your pet, their food and supplies,” added Strain. “Remember, in the event of an emergency, it is wise to have a pet plan as you would have a game plan for your family.”

There have been other reports of canines testing positive for the virus since the pandemic began. In March, a German shepherd in Hong Kong tested positive. Two pet cats in New York were also said to be infected, while a tiger at the Bronx Zoo tested positive for COVID-19 in April. 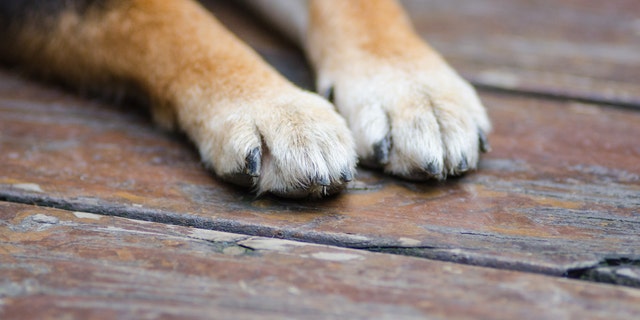 The Louisiana Department of Agriculture and Forestry (LDAF) in a news release on Tuesday announced that the dog tested positive for SARS-CoV-2, the virus that causes a COVID-19 infection in humans. (iStock)

In June, federal officials identified a German shepherd as the first dog in the U.S. to test positive for the novel virus. The dog, Buddy, from Staten Island, N.Y., contracted the virus from his owner and reportedly showed some symptoms of the novel virus with difficulty breathing.

Buddy died in July, though it’s not clear what role the coronavirus may have played in his death, as the dog was diagnosed with lymphoma shortly before his passing.

“It’s unclear whether cancer made him more susceptible to contracting the coronavirus, or if the virus made him ill, or if it was just a case of coincidental timing,” reported National Geographic, which exclusively spoke to the dog’s owners.

CORONAVIRUS-INFECTED GERMAN SHEPHERD, FIRST DOG TO TEST POSITIVE FOR COVID-19 IN US, DIES

“There is currently no evidence that animals play a significant role in spreading the virus,” the USDA states, echoing a similar sentiment from the Centers for Disease Control and Prevention (CDC).

“Based on the limited information available, the risk of animals spreading the virus to people is considered to be low. There is no justification in taking measures against companion animals that may compromise their welfare,” the USDA added.