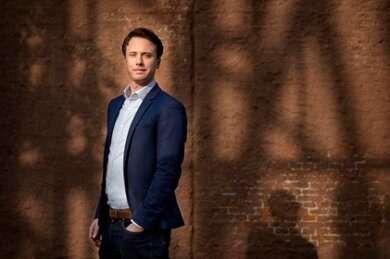 “There’s a lot of evaluation in the Netherlands, but this doesn’t always lead to change,” says Wout Broekema, Assistant Professor of Crisis Governance at the Institute of Security and Global Affairs. Learning from a crisis is complicated, but experts can help.

Broekema researches how crises are handled, asking two questions in particular: How do government organisations learn from a crisis? And what is the role of experts? In his research he has compared veterinary crises such as bird flu, foot-and-mouth disease and Q fever.

Learning from a crisis

Government organisations learn from a crisis by evaluating what happened and converting the lessons learned into change, says Broekema. Although there is evaluation aplenty in the Netherlands, the next step is not always taken. “Learning from a crisis is complicated because crises are largely unique and unpredictable. Just as you are trying to prepare for one crisis, another one presents itself instead. What is more, crises are becoming increasingly complex, which makes it more difficult to find a clear solution.”

Research during the crisis

The scale and duration of the global corona crisis is exceptional. This makes it possible to conduct research and learn from this during the crisis itself, something that is difficult in many crises. That is already happening in the Netherlands and is enabling the government to change its policy, for example, research on whether and to what extent children spread the virus. Once this is clear, the government will be able to make a well-founded decision on whether or not to reopen the schools. In addition, by doing more testing, possibly in combination with apps, the government will try to gain a better idea of how and to what extent the virus spreads. This information will be of huge benefit to coronavirus prevention.

Crises in different shapes and sizes

Broekema researches crises by analysing different documents, such as crisis plans and evaluation reports, and interviewing experts and people involved in crises. He received his Ph.D. in Leiden over a year ago on the learning process of public organisations after a crisis. For his Ph.D., he analysed over 60 crises in the Netherlands from the year 2000 (firework disaster in Enschede) until the year 2012 (Facebook riots in Haren) as well as four cross-border disasters in Europe. He also conducted quantitative research in the form of a survey of Dutch mayors about their conduct during a crisis.

Crises come in different shapes and sizes: the oil crisis and the banking crisis, for instance. They sometimes follow disasters, such as a terrorist attack. Large fires can develop or homes be left without electricity. “A crisis is about the perception that a vital interest in society has been or may be affected,” says Broekema. “This calls for flexibility while working against the clock in a time of great uncertainty when important decisions have to be made.”

“By considering the lessons learned and applying them to the organisation, a government can better prepare for a future crisis,” says Broekema. Protocols can help, but that alone is not enough. “In a crisis it is often about improvisation, and there is little time to peruse the protocols.” It is better for an organisation to invest in training and exercises in ‘peacetime.” “It then becomes routine for people so that they know almost instinctively what to do.”

Government policy during the corona crisis has been based on science. The Netherlands National Institute for Public Health and the Environment (RIVM) and the Outbreak Management Team, led by Jaap van Dissel, Director of the RIVM’s Centre for Infectious Disease Control and Professor of Infectious Diseases at Leiden, is viewed as an undisputed expert. Broekema thinks this is a good thing. “Experts,” he says, “possess knowledge and expertise that enable the people who have to make decisions to make rational considerations. This creates legitimacy in the wider public. What we want now is analysis, not emotion.”

What happens to the information provided by RIVM experts is up to the government. “The values of different fields of expertise can conflict at a certain point,” says Broekema. “Then it is important that it is clear which considerations have been taken into account and why. What you now see is how different governments are responding differently to expert knowledge; that is where the different approaches come from. In the Netherlands, the government closed the schools when children may hardly be infected at all. In Sweden, the government has a much more relaxed policy than in the Czech Republic, for instance.” But that can change. Broekema thinks it is good that the government is constantly taking new information from experts into consideration, so that it can quickly change its policy if necessary.

Public health versus the economy

With the corona crisis, there appears to be a trade-off between public health and the economy, and the balance has now shifted to public health. Prime Minister Rutte emphasised, however, that these are two sides of the same coin: if the measures were lifted, the virus would spread unchecked, which would be calamitous for the economy. “The RIVM tells one side of the story,” says Broekema. “If the measures were relaxed, you would be calling on the help of economists. Then other questions would be raised, such as which activities could be resumed at which scale, and other decisions.”