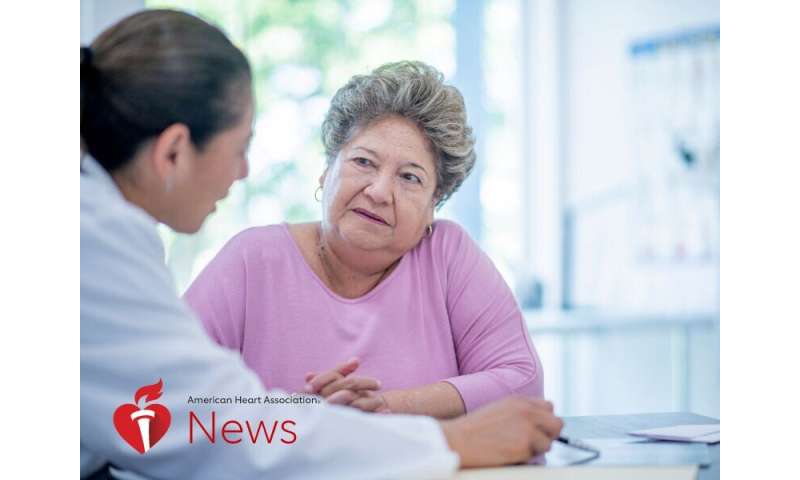 A cluster of conditions called metabolic syndrome that could lead to heart disease and stroke is becoming more common among Hispanic adults, and experts say there needs to be more research and more work in prevention.

Overall, metabolic syndrome affects about 1 in 3 adults in the United States and puts them at higher risk of heart disease, diabetes and stroke, according to statistics from the American Heart Association. For some groups in particular, it is becoming more common.

Although metabolic syndrome isn’t a diagnosable clinical disease, researchers use the term when a person has any combination of at least three of these risk factors: obesity or a waistline greater than 40 inches in men or 35 inches in women; elevated triglycerides at or above 150 mg/dL; low “good” HDL cholesterol; high blood pressure; or elevated blood sugar.

Experts say the rise of cases in the Hispanic community is especially worrisome because the pandemic already has revealed crushing health disparities for certain racial, ethnic and socioeconomic groups who are disproportionally hit with obesity and hypertension. Those conditions have been associated with more severe COVID-19 symptoms.

“Metabolic syndrome is not going down, and it’s probably worsening in some of these subgroups,” said Dr. Anne Thorndike, an associate professor of medicine at Harvard Medical School and director of the Metabolic Syndrome Clinic at Massachusetts General Hospital in Boston.

“This condition, which is very highly correlated with obesity, is continuing to get worse,” she said. “We’re all trying to work towards reversing the trend in obesity going up.”

According to new data from the Centers for Disease Control and Prevention, 33.8% of Hispanic adults in the United States are obese compared with 29.9% of non-Hispanic white adults.

While the data points negatively toward the overall Hispanic population, Dr. Sadiya Sana Khan, a cardiologist and assistant professor of medicine at Northwestern University Feinberg School of Medicine in Chicago, cautions that future research also needs to take into account subgroups within that population.

The Hispanic community is “very diverse, so it’s tough to make a broad statement without disaggregating different groups, and I think speaks to the importance of future research looking at individual groups,” Khan said.

For example, she said, obesity is an important contributor to the increased risk for cardiovascular disease at a younger age in the Hispanic community. “This is especially important right now as we are seeing more and more young people developing heart disease.”