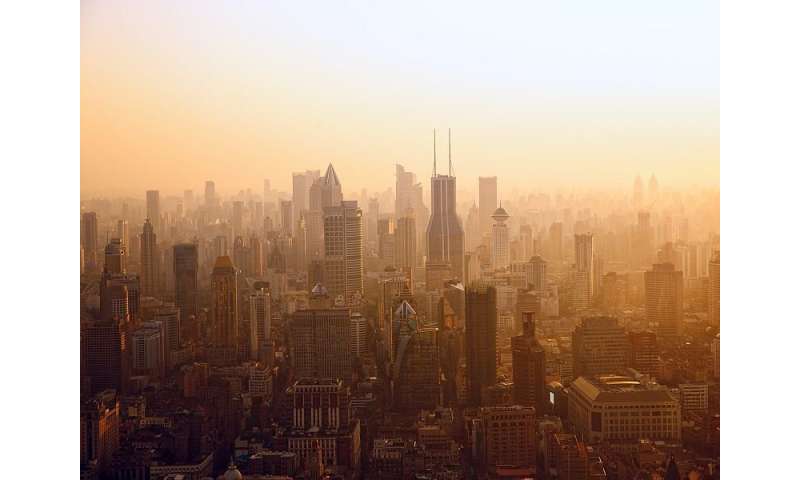 People with long-term exposure to air pollutants may be more likely to die from COVID-19, according to a new study.

In an analysis of more than 3,000 U.S. counties, researchers found that just a small increase in long-term average exposure to fine-particle pollutants (PM2.5) upped the risk of death from COVID by more than 10%.

The study was published Nov. 4 in the journal Science Advances.

Air pollution also makes flu and other lung diseases more severe, so it’s not surprising that PM2.5 increases the risk of death from COVID-19, said Jeremy Jackson, a research associate at the American Museum of Natural History in New York City. He coauthored an accompanying journal editorial.

“This paper had a checkered history,” said Jackson, noting the study didn’t follow the usual pattern where researchers gather at least 20 years of data.

“But I think we’re on the right track,” he said, adding the authors’ work “has stimulated something like 45 or 50 other studies around the world.”

The finding of increased risk can’t pinpoint precisely who might succumb to the virus, said study co-author Xiao Wu, from the department of biostatistics at Harvard’s T.H. Chan School of Public Health. But he hopes the findings encourage policymakers to reexamine the harms of air pollution.

“Research on how modifiable factors may exacerbate COVID-19 symptoms and increase mortality risk is essential to guide policies and behaviors to minimize fatality related to the pandemic,” said Wu.

“Such research could also provide a strong scientific argument for revision of the U.S. national PM2.5 standards and other environmental policies in the midst of a pandemic,” especially in areas where PM2.5 levels are high, he said.

In addition, the county-level associations “can inform important immediate policy actions that will benefit public health,” Wu said. These might include allocating personal protective equipment and hospital beds to areas with historically higher air pollution, he noted.

The study looked at county-wide death data for the coronavirus and compared it to estimated daily PM2.5 concentrations across the United States for 2000-2016. Researchers found that a small increase in pollution—just 1 microgram per cubic meter—was tied to an 11% hike in a county’s COVID death rate.

Jackson believes that air pollution levels considered safe by the U.S. Environmental Protection Agency are too high. “I think most scientists would agree with that,” he said.

Global warming by itself won’t have an effect on pandemics, but by switching to renewable energy and electric cars, which are responsible for most PM2.5, the air might just get cleaner, Jackson said.

He noted that in many cities around the world, including New York, PM2.5 levels dropped significantly during the pandemic lockdowns and rose again when a sense of normalcy resumed.