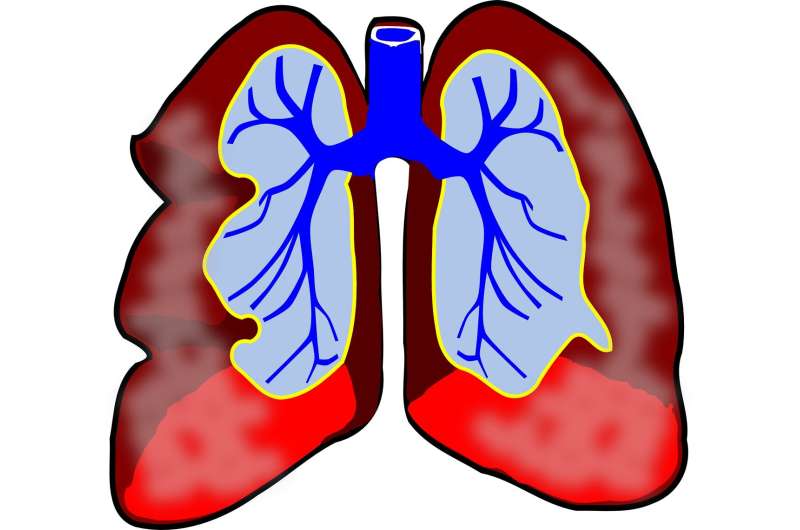 Bronchitis in early childhood has been found to increase the risk of lung diseases in middle age according to research from the Allergy and Lung Health Unit at the University of Melbourne.

Researchers found that Australian children who had bronchitis at least once before the age of seven were more likely to have lung problems in later life.

They also established that the lung diseases the children suffered from by the time they reached the age of 53 were usually asthma and pneumonia, rather than chronic bronchitis or chronic obstructive pulmonary disease.

Lead author of a paper published today in the journal, BMJ Open Respiratory Research, Dr. Jennifer Perret, said the findings come from one of the world’s oldest surveys, the Tasmanian Longitudinal Health Study, which followed 8,583 people who were born in Tasmania in 1961 and started school in 1968.

“This is the first very long-term prospective study that has examined the relationship between childhood bronchitis severity with adult lung health outcomes. We have seen already that children with protracted bacterial bronchitis are at increased risk of serious chronic infective lung disease after two to five years, so studies like ours are documenting the potential for symptomatic children to develop lung conditions, such as asthma and lung function changes, up to mid-adult life,” she said.

Researchers established the link between childhood bronchitis and adult lung problems by surveying the original participants when they joined the study. Participants were then tracked for an average of 46 years with 42 percent completing another questionnaire, including doctor-diagnosed lung conditions and a clinical examination, between 2012 and 2016.

De Perret said the numbers in the most severe subgroup were small (just 42 participants were in this category and of these just 14 had current asthma in middle-age), but the trends across bronchitis severity categories were significant.

“Compared with the majority who never had from bronchitis, there was an incremental increase in risk for later asthma and pneumonia which strengthened the more often a person had suffered from bronchitis as a child, and especially if they had recurrent episodes which were prolonged for at least one month in duration.

“It is notable that the link with later adult active asthma was seen for participants who did not have co-existent asthma or wheezing in childhood, and a similar finding has been recently seen in a very large meta-analysis of school-aged children who had had a lower respiratory tract infection during early childhood.”