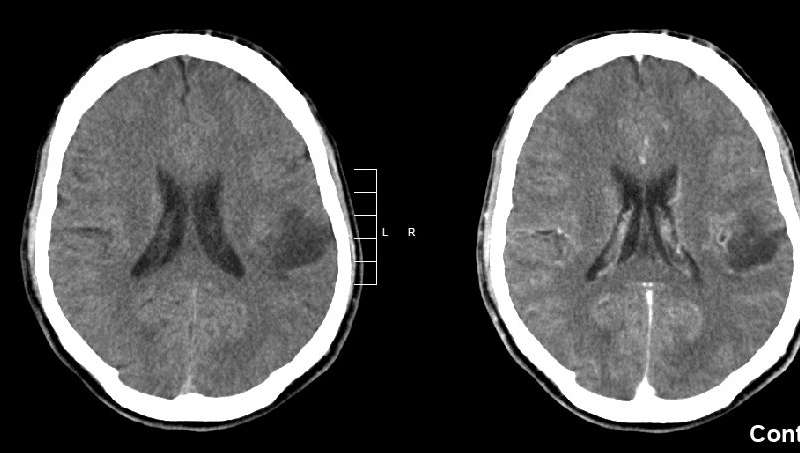 Genetic mutations that promote the growth of the most common type of adult brain tumors can be accurately detected and monitored in blood samples using an enhanced form of liquid biopsy developed by researchers at Massachusetts General Hospital (MGH).

Comparing blood samples from patients with gliomas with tumor biopsy tissues from the same patients, Leonora Balaj, Ph.D., Bob S. Carter, MD, and other MGH investigators in the Department of Neurosurgery found that a novel digital droplet polymerase chain reaction (ddPCR) blood test they pioneered could accurately detect and monitor over time two mutations of the gene TERT. The mutations, labeled C228T and C250T, are known to promote cancer growth and are present in more than 60 percent of all gliomas, and in 80 percent of all high-grade gliomas, the most aggressive and life-threatening type.

Their discovery, which has the potential to substantially improve the diagnosis and monitoring of gliomas, is reported in the journal Clinical Cancer Research.

Gliomas are tumors of glia, central and peripheral nervous system cells that support and protect neurons, the cells that transmit electrical impulses.

Liquid biopsy is a method for detecting cancer by looking for fragments of tumor DNA that circulate in blood. The technique has been shown to be sensitive at detecting the presence of some forms of cancer, but brain tumors have until now posed a formidable barrier.

“Liquid biopsy is particularly challenging in brain tumors because mutant DNA is shed into the bloodstream at much lower level than any other types of tumors,” Balaj says.

“By ‘supercharging’ our ddPCR assay with novel technical improvements, we showed for the first time that the most prevalent mutation in malignant gliomas can be detected in blood, opening a new landscape for detection and monitoring of the tumors,” she says.

The researchers first tested the performance of the ddPCR assay in tumor tissue and found that the results were in perfect agreement with the results from an independently performed clinical laboratory assessment of TERT mutations in the tumor specimens.

They then looked at samples of blood plasma matched to patient tumors and found that the ddPCR assay could detect TERT mutations both in samples from MGH as well as from similarly matched plasma and tumor samples from collaborators at other institutions.

The ddPCR assay has an overall sensitivity (ability to detect the presence of a glioma) of 62.5 percent, which is a tenfold improvement over any prior assay for TERT mutations in the blood for brain tumors, compared to the standard of tissue-based detection of TERT mutations.

The test is easy to use, quick, and low cost, and could be performed in most laboratories, Balaj says. Importantly, the test can also be used to follow the course of disease. “We envision the future integration of tests like this one into the clinical care of our patients with brain tumors,” says Carter, chief of Neurosurgery and co-director of the MGH Brain Tumor Center. “For example, if a patient has a suspected mass on MRI scanning, we can take a blood sample before the surgery and assess the presence of the tumor signature in the blood, and then use this signature as a baseline to monitor as the patient later receives treatment, both to gauge response to the treatment and gain early insight into any potential recurrence.”