Boy, nine, saves his grandmother from drowning in the bath when she had a seizure after he learned life-saving skills on YouTube

A nine-year-old boy saved his grandmother from drowning in the bath using skills he had learnt from YouTube.

Kian Aliffe was staying with Angela Jones, 51, at her home in Llangennech, Llanelli, South Wales, when he rescued her.

He heard a faint strange sound coming from the bathroom upstairs, despite being partially deaf and having his earphones in.

The youngster went to check on Ms Jones and found her floating in the water with her eyes open, after suffering a seizure.

Kian remembered seeing a video on YouTube of a girl being saved from drowning in a swimming pool.

The schoolboy knew he had to lift Ms Jones’ head from the water and drain the bath so she wouldn’t go back under.

When he knew she was safe, he ran to a neighbour’s house for help before ringing 999. Ms Jones is now recovering in hospital. 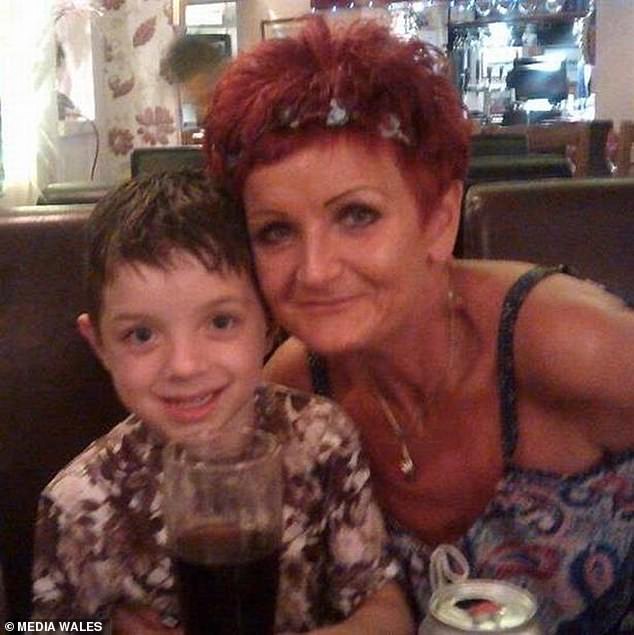 Kian Aliffe, nine, saved his grandmother, Angela Jones, 51, from drowning in the bath after she had a seizure using skills he had learnt from YouTube. They are pictured together 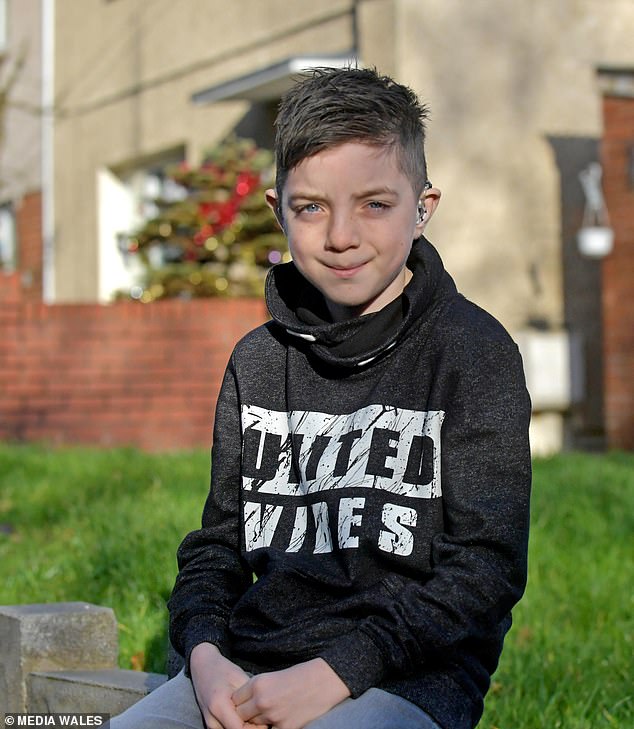 Kian, pictured at home in Llanelli, remembered seeing a video on YouTube of a girl being saved from drowning in a swimming pool and knew he had to drain the bath water. He heard strange noises coming from the bathroom despite being partially deaf and wearing earphones

Kian’s mother, Hailey Davies, arrived at the scene at the same time as the ambulance, Wales Online reports.

She said: ‘As soon as I got there I knew something was wrong when I saw Kian sitting outside the house. Then he told me he was waiting for an ambulance.

‘Not many adults would know what to do in that situation – I would crumble so the fact that he was on his own and didn’t panic is amazing.

‘What’s even stranger is that Kian is partially deaf and was listening to his earphones at the time so he only heard a faint splash and a sort of shout of his name.

‘I’m always telling him “get off the internet” but he said that he only knew what to do after seeing a video online.’

Kian had seen a video which showed a girl having a seizure in a swimming pool before being rescued by others.

Kian, who lives in Llanelli, said: ‘I remember seeing them pull the girl out of the water so I knew I had to try and lean her head back and to unplug the water so she wouldn’t go under.

‘I did panic but knew I needed to help so tried to find someone to help and phone the ambulance with me.’

Kian initially knocked on a neighbour’s door in desperation but got no answer. He dialled 999 and then phoned his mother.

The family later learned that Ms Jones had fluid on the brain which was the likely cause of the seizure.

Doctors said if Kian wasn’t there, the situation could have been a lot worse.

Ms Davies said: ‘There is no doubt in my mind that Kian saved my mum’s life and if he wasn’t there or didn’t know what to do, I dread to think what would have happened.’

WHAT SHOULD YOU DO IF SOMEONE HAS A SEIZURE?

If you’re with someone having a seizure:

Dial 999 and ask for an ambulance if: