"None of the vaccines at this point appear like they'll work with a single dose," Gates told CBS News. "That was the hope at the very beginning."

The Bill & Melinda Gates Foundation has committed more than $250 million to fight COVID-19. The charitable foundation boosted the contribution after Gates criticized President Trump's decision to halt funding to the World Health Organization (WHO). 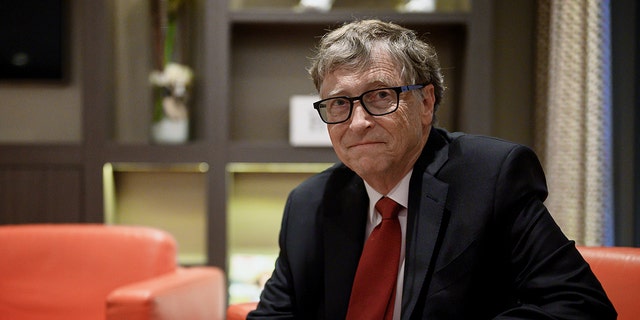 US Microsoft founder, Co-Chairman of the Bill &amp; Melinda Gates Foundation, Bill Gates, poses for a picture on October 9, 2019, in Lyon, central eastern France, during the funding conference of Global Fund to Fight AIDS, Tuberculosis and Malaria. (Photo by JEFF PACHOUD / AFP) (Photo by JEFF PACHOUD/AFP via Getty Images)

"If what you're trying to do is block all the transmission, then you need to get 70 to 80 percent coverage on a global basis. So it's unbelievably big numbers," he told the outlet.

Gates also assured that the Food and Drug Administration (FDA) will closely examine the safety of the eventual vaccine.

"The FDA, not being pressured, will look hard at that," Gates said of possible side effects. "The FDA is the gold standard of regulators, and their current guidance on this – if they stick with that – is very very appropriate."

Gates' comments come after coronavirus vaccine developers warned last month that the eagerly awaited vaccine may not grant full immunity after just one dose. The shots may need to be administered one month apart, with a booster following several years later, experts said.

At the time, Barry Bloom, immunologist and professor of public health at the Harvard T.H. Chan School of Public Health in Boston, told USA Today that almost all of the vaccine developers were considering two shots in their regimens.

The first shot in the series would “prime the immune system” to help the body recognize the virus, followed by a second shot to “strengthen the immune response," according to the report.

After the first dose of a vaccine, the immune system develops antibodies and immune cells in about 14 days, said L.J. Tan, chief strategy officer with the Immunization Action Coalition and co-chair of the National Adult Immunization Summit and National Influenza Vaccine Summit.

Tan estimated that any COVID-19 vaccine requiring two doses would likely be administered about a month or two apart.

Moderna’s vaccine, for example, has a two-dose vaccination schedule, via an injection in the upper arm, administered 28 days apart. Recent results “reaffirm the positive interim data” as announced in May, the company said, and show the vaccine-induced rapid and strong immune responses against SARS-CoV-2.