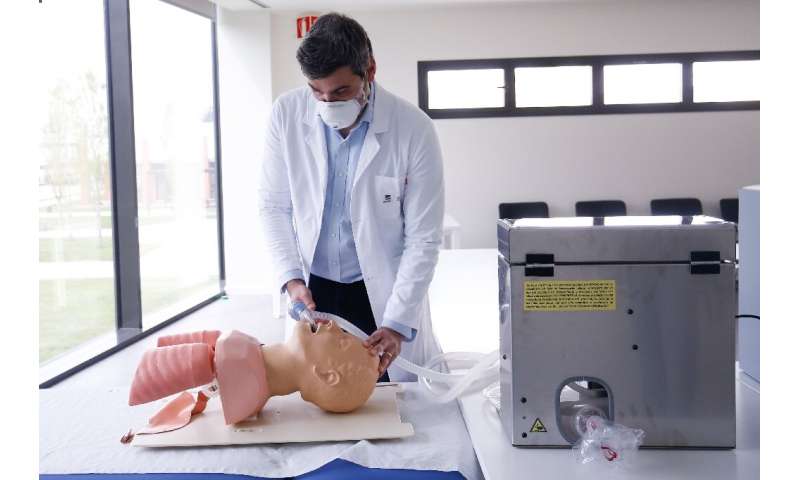 The model is “quite simple”, a basic ventilator designed and made in Spain, but it is helping ease pressure on the nation’s hospitals that have been overwhelmed by patients struggling to breathe.

With the COVID-19 pandemic causing a vast surge in such cases, the scarcity of ventilators has forced doctors everywhere to make harrowing life-or-death decisions as engineering specialists have raced to find answers.

Known as the OyxGEN, the new ventilator—powered by a windscreen wiper motor—is currently being produced at a repurposed assembly line of Spanish carmaker SEAT, which is running off around 100 units per day at its Martorell facility in Catalonia.

The device became a reality at a speed “which we could never have even imagined,” said Dr Manel Puig Domingo, who heads the Germans Trias i Pujol Research Institute and has overseen the entire project.

“If you’re dependent on third-parties, things can get very bad,” Puig told AFP, explaining how the idea went from design stage to production in just a few weeks.

When the force of the epidemic hit home in Spain in the second week of March, the country had barely two firms producing ventilators which offer life-saving support to virus patients suffering pneumonia, an infection that cripples lung function.

Most standard ventilators can take over all of a patient’s breathing function when they can’t manage on their own. When their lungs have recovered somewhat, they help them breathe “on demand”.

Patients are connected to the system through a tube placed into their mouth or nose which is then inserted into the windpipe through which the ventilator pumps air into the lungs.

It can sometimes involve a tracheotomy, an incision in the neck to insert the tube.

Developed from an idea by Protofy.xyz, a small, Barcelona-based engineering firm and funded by SEAT, the new ventilator can provide patients with full breathing support, Puig said. 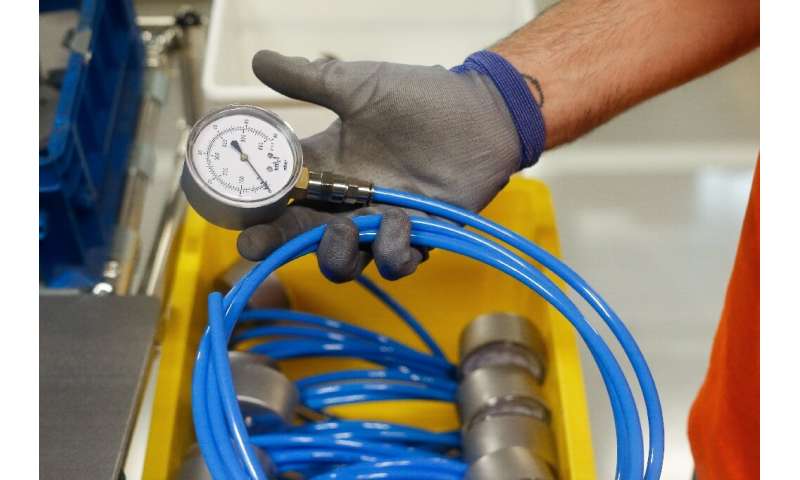 For the moment, it cannot provide the partial support although they are hoping to add such functionality within a few weeks, said Puig whose teams are also working on two other models that will allow “on demand” breathing.

“In a modern, wealthy country we would never normally have to use” such basic ventilators, he said.

There are currently 42 hospitals which have put in orders for the new ventilator, which is made up of 119 parts supplied by the carmaker and its regular electronic parts suppliers.

It was trialled using pigs and given the green light by Spanish Medicines Agency. The design will not be patented in order to make it available to any “carmaker or other sector that has the capacity to produce this ventilator,” a SEAT spokesman said.

The production line has been working since Saturday and could scale up to a maximum of 300 units a day, he said.

Spain has suffered one of the worst outbreaks of COVID-19 in the world, with the total number of confirmed cases approaching 160,000 and nearly 16,000 dead.

Puig said he would like to see the design being used in Africa and Latin America because “many countries in these continents are far less likely to have a large number of ventilators”.

Italy had also shown interest and there were ongoing talks with Argentina and Chile, he said.

But it was crucial the design didn’t fall into the wrong hands.