Severe acute respiratory syndrome coronavirus 2 (SARS-CoV-2) spreads from human to human primarily through droplet transmission. Viral RNA can be detected in nasal and saliva secretions, and sneezing and coughing out droplets carrying the virus can lead to infection of individuals over one meter away. 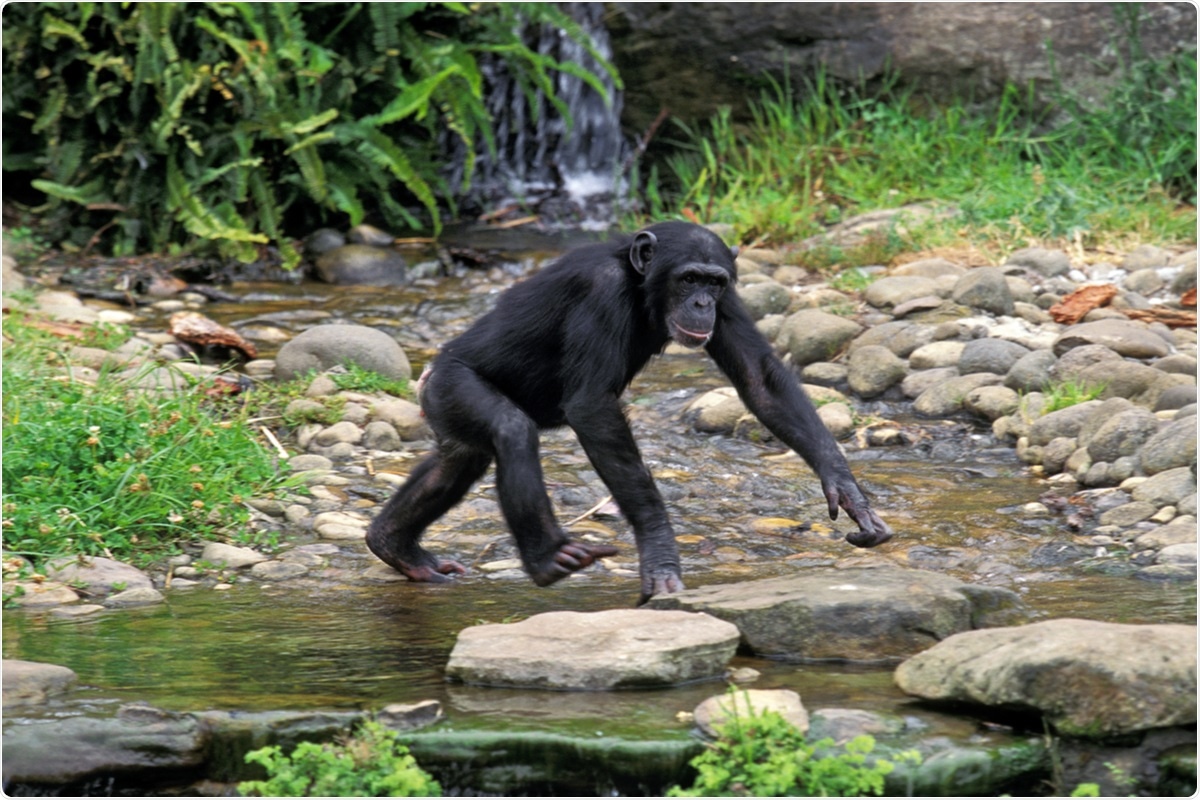 Study: SARS-CoV-2 and wastewater: What does it mean for non-human primates?. Image Credit: slowmotiongli/ Shutterstock

The virus can also remain suspended in the air for up to an hour. The method of transmission, the disease's high infectivity, and the danger posed to at-risk individuals led to many countries worldwide imposing mass restrictions, including lockdowns, social distancing restrictions, and mandatory face masks in all public places.

SARS-CoV-2 can also spread through feces and wastewater. In more economically developed countries, modern sanitation and sewage treatment minimize the likelihood of transmission and harm to the local ecology. However, in countries with fewer sewage treatment and disposal options, there are worries that sewage discharged into natural water systems could lead to non-human primates (NHPs) exposure to SARS-CoV-2.

The disease has already shown anthropozoonotic ability, with strains that infect mink, several rodents, and many primates. In a study published in the American Journal of Primatology, researchers from Dalhousie University in Halifax have been investigating the potential for SARS-CoV-2 to spread to NHP through wastewater.

A large part of the pathogenicity of SARS-CoV-2 is due to the spike protein. Many copies of this homotrimer are present on the surface of the viral cell molecule. The spike protein comprises two subunits: S1, which contains a receptor-binding domain (RBD) that can bind to several receptors, but primarily binds to angiotensin-converting enzyme 2 (ACE2) to allow viral cell entry, and S2, which is responsible for membrane fusion. Many variants of concern show different conformations of the spike protein, which is part of the reason that they elicit a lower initial immune response in both vaccinated and previously convalescent individuals.

The researchers identified several primates thought to be of particular risk of SARS-CoV-2 infections. Chimpanzees have shown infection by previous human coronaviruses. African and Asian apes/monkeys are also predicted to be susceptible, showing similar ACE2 sequences to humans. Luckily, missense mutations may protect a portion of their population. The West African/Caribbean green monkey is a prime example of this: a common missense in ACE2 in this organism likely reduces the affinity of the RBD for ACE2. Other models have so far supported these predictions, with the common marmoset predicted to have a high likelihood to avoid infection – which has since been observed. In susceptible monkeys, disease patterns vary, but the organism's age seems to remain a large risk factor.

While there is little evidence for the current spread of SARS-CoV-2 to NHP populations through wastewater entering natural water sources, NHPs have been shown to become infected by human diseases from sewage in the past. Chimpanzees exposed to sewage at Gombe National Park have struggled with repeated Cryptosporidium infections.

However, the researchers conclude that wastewater flowing into natural water sources is an unlikely source of SARS-CoV-2 infection in NHP. A 2020 study has shown that SARS-CoV-2 suffers a 90% reduction in viability after only 1.5 days in room temperature wastewater and 1.7 in tap water.

At higher temperatures, the likelihood is that the virus will degrade even more quickly. Given the enormous dilution following sewage entering large lakes and rivers, it is not realistic to spread the disease to NHP populations through these vectors. SARS-CoV-2 has never been isolated from sewage-contaminated waters. The researchers posit that initial worries over this route were driven by small-scale studies in cells in culture and misunderstandings due to early research.

However, fresh sewage in densely populated areas does remain a concern. Many forms of primates seek residence in human cities and have significant contact with humans. In the initial severe acute respiratory syndrome coronavirus (SARS-CoV-1) epidemic, the outbreak in Amoy Gardens was linked to a plumbing failure. Street sewage puddles in Guangzhou, China, have been linked to outbreaks and testing positive for the disease.

The researchers highlight the importance of NHP in biomedical research and urge action to protect them from fresh human sewage. They argue that if NHP is allowed to remain a reservoir of SARS-CoV-2 variants, secondary zoonotic results could result in a new pandemic spreading in the future, and propose several measures including wastewater monitoring and potentially vaccination of NHPs to protect their population.

Sam completed his MSci in Genetics at the University of Nottingham in 2019, fuelled initially by an interest in genetic ageing. As part of his degree, he also investigated the role of rnh genes in originless replication in archaea.