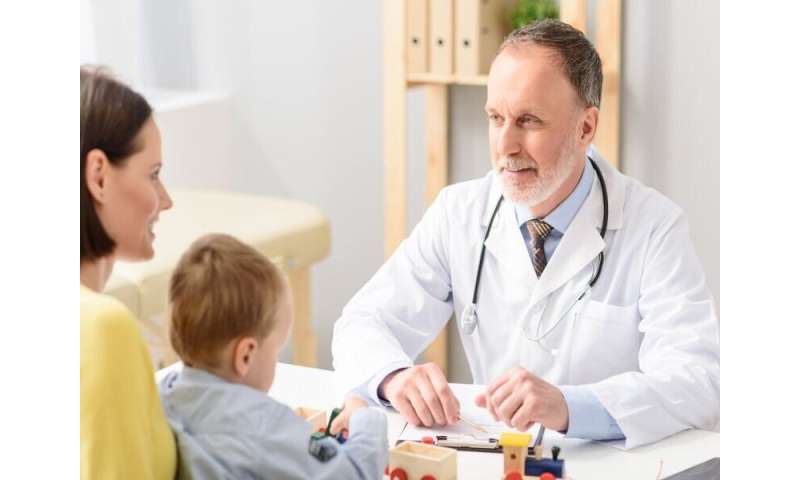 In one study, researchers found that 4-year-olds who’d received more than nine antibiotic prescriptions in their lives were twice as likely to be obese as their peers with no antibiotic exposure.

The second study found a similar pattern. However, the antibiotic-obesity link disappeared when the researchers compared siblings with one another—suggesting that some other factors within families might explain the finding instead.

But the studies underscore the long-established need for more judicious use of antibiotics.

The common cold is one example. Colds are caused by viruses, and antibiotics—which kill bacteria—are useless against them.

But why would antibiotics have any effect on young children’s weight?

The notion is not far-fetched, according to Meghan Azad, an assistant professor at the University of Manitoba, in Canada.

In it, Azad pointed to what’s known from the animal world. Farmers have long used antibiotics to fatten up livestock, and lab research has suggested a reason for the effect: changes in the gut microbiome.

The microbiome refers to the trillions of bacteria and other microbes that inhabit the body and help it function smoothly. Gut microbes are involved in storing and burning calories from food—and, in theory, alterations in that microbiome might contribute to excess weight gain.

The latest studies, Azad said, give support to the idea that early development of the gut microbiome might affect obesity risk.

For their study, Grant’s team followed over 5,100 New Zealand children over the first 4.5 years of life. By that age, nearly all—95%—had been prescribed an antibiotic at some point and 9% were obese.

That does not prove antibiotics were to blame. There could be other explanations for the link, said Grant, a professor of pediatrics at the University of Auckland.

The researchers did account for as many of those alternatives as possible, he said. They factored in kids’ diet, sleep and TV habits, as well as mothers’ weight and education level, for example.

And greater antibiotic use was still linked to more weight gain, the investigators found.

In the second study, led by Dr. Karen Leong from the University of Auckland, researchers looked at data on nearly 133,000 mothers and their young children. Again, the more antibiotics children used early in life, the greater their risk of obesity. However, that link was not seen when the researchers compared siblings.

Grant pointed to one way to potentially settle the issue: Randomly assigning pregnant women and, later, their children to one of two study groups—one receiving standard medical care, and one in a program to reduce unnecessary antibiotic use. If children in the latter group were less likely to become obese over time, that would suggest antibiotics play some role.

Azad agreed that such a study would be helpful.

She also put the findings in a wider context: Obesity is complicated, with many factors affecting a child’s risk. “There is no single cause,” Azad said.

And no one is trying to scare parents away from antibiotics. They are sometimes needed, and even lifesaving, Azad said.