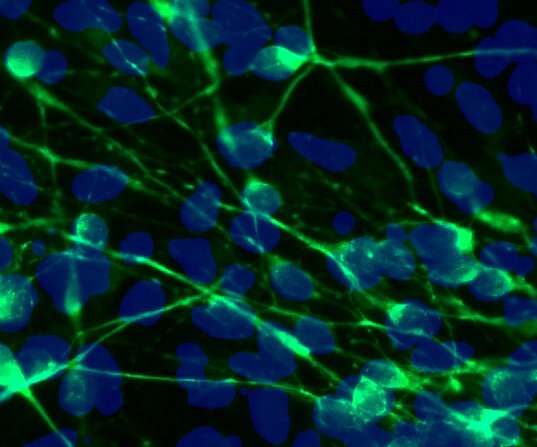 Now, a sweeping new set of findings by Salk researchers reveals previously unknown details explaining why some neurons in bipolar patients swing between being overly or under excited. In two papers published in the journal Biological Psychiatry in February 2020 and October 2019, Salk researchers used experimental and computational techniques to describe how variations in potassium and sodium currents in the brain cells of people with bipolar disorder may help to further explain why some patients respond to lithium and others do not.

“This is exciting progress toward understanding the cellular mechanisms that cause bipolar disorder,” says Salk Professor Rusty Gage, the study’s senior author and president of the Institute. “It also brings us one step closer to being able to develop new therapeutics to treat the disorder.”

In 2015, Gage and his colleagues discovered for the first time the initial differences between brain cells of patients who respond to lithium and those who don’t. In both cases, neurons from the brain’s dentate gyrus (DG) region were hyperexcitable—more easily stimulated—compared to DG neurons from people without bipolar disorder. But when exposed to lithium, only the cells from known lithium-responders were calmed by the drug.

In the new research, Gage’s team—curious whether the results held true across different brain areas—conducted similar experiments but with more in-depth probes and using a different type of neuron than before. They grew the neurons—called CA3 pyramidal neurons—from six people with bipolar disorder, three of whom responded to lithium.

In addition, the team initially observed that the CA3 neurons from lithium non-responders, on average, had normal excitability. But when they looked more closely at individual cells over time, they found a different story.

To better understand what was causing these fluctuations, the researchers designed a computational simulation of CA3 neuron activity. The computer simulation revealed that drastic reductions in sodium currents and an increase in the amplitude of potassium currents could lead to the same kind of neuronal instability in CA3 neurons—explaining both hyperexcitability and hypoexcitability. When the researchers then exposed CA3 neurons from non-responders to potassium channel blockers, their excitability became closer to control levels. The findings strengthened the case that potassium currents play a role in bipolar disorder—in both lithium responders and non-responders—and can help researchers understand how to better target drugs.