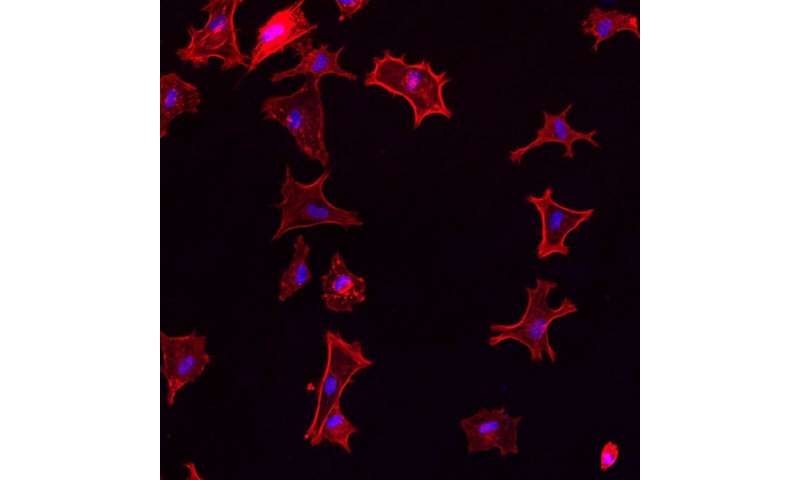 If germs invade a wound, they can trigger a long-lasting infection that may fail to heal or even spread throughout the body, leading to life-threatening blood poisoning (sepsis). The problem of antibiotic resistance is becoming more and more widespread, particularly in complex wounds, as bacteria such as staphylococci have become resistant to what was once the miracle weapon of medicine. Empa researchers have therefore developed cellulose membranes, with which these infections can be eliminated early on.

The team led by Empa researcher Katharina Maniura from the Biointerfaces lab in St. Gallen produced fine membranes from cellulose using electrospinning technology. The cellulose fibers with a diameter of less than one micrometer were spun into a delicate multi-layered, three-dimensional fabric. The membranes became particularly flexible and at the same time stable after the researchers had added the polymer polyurethane to the spinning process.

In order to achieve an antibacterial effect, the researchers designed multifunctional peptides—which can bind to cellulose fibers and exhibit antimicrobial activity. Peptides have several advantage compared to larger proteins: They are easier to produce and more stable than proteins, which react more sensitively to the chemical conditions in a wound.

If the cellulose membranes are treated with such a peptide solution, the fiber scaffold will become saturated with peptides. In cell culture experiments, the researchers then showed that the peptide-containing membranes are well tolerated by human skin cells. However, the cellulose membranes were a death sentence for bacteria such as staphylococci, which are often found in poorly healing wounds. “In bacterial cultures, over 99.99 percent of the germs were killed by the peptide-containing membranes,” says Maniura.