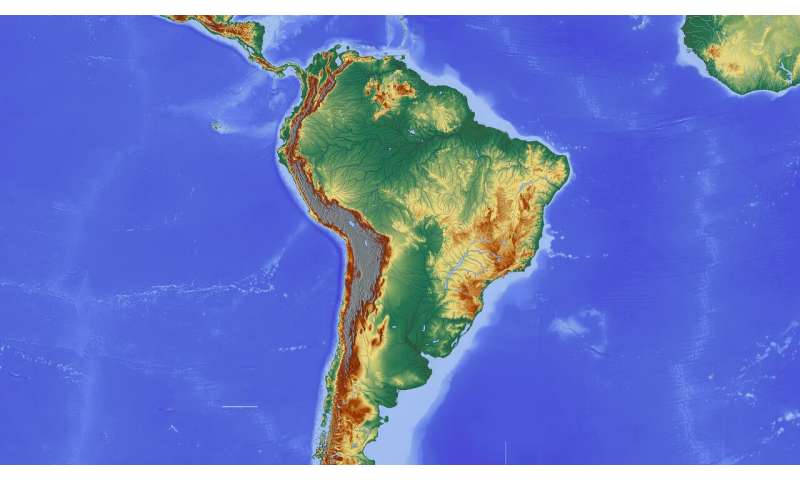 This month, the number of deaths from the COVID-19 pandemic surpassed 10,000 in Chile—considered to be one of the highest death tolls per million people anywhere in the world.

The figure coincides with the reopening of businesses in Santiago, the nation’s capital and home to eight million people, or about 40 percent of the Chilean population. It’s also Chile’s hardest-hit city since the virus arrived in March.

Ricardo Baeza-Yates, a professor of the practice and the director of data science at Northeastern’s Silicon Valley campus, suggests that the official numbers belie the true scale of the outbreak in his native country. The strategy used by the country’s Ministry of Health is to blame, he says.Not only have the virus-related figures generated by President Sebastián Piñera’s government been consistently unreliable, the country “didn’t react on time thinking that it wasn’t that bad,” he says.

Baeza-Yates is among a small group of Chilean data scientists who have been analyzing COVID-19 data to understand the real scope of the outbreak in Latin America’s fifth hardest-hit country after Brazil, Mexico, Peru, and Colombia. Along the way, they’ve realized how difficult it is to generate precise data because of the nature of the pandemic. He is also among 40 researchers who are advising the government on how to improve its health strategy, emphasizing the importance of contact tracing to slow the spread of the disease.

“Even if we have imprecise data, we need to have quality data,” he says. “And if we need to make comparisons, we need to be very careful about which measures we use to compare.”

Now, as the country eases its mitigation measures in an effort to reactivate the economy, Baeza-Yates fears that a resurgence of cases could soon be on the horizon.

“My projection, sadly, is that we will have a second wave,” he says. “In some sense we are following the U.S.—exactly the same pattern. Chile went down half the peak, but in the north of the country it’s still very strong.”

He paints a picture of a country that until recently, and with the exception of the southern region, was in full or partial lockdown. At the peak of the pandemic in June, testing wasn’t widely available and there weren’t enough tests for the number of infections in the country. The turnaround time for diagnostic viral tests jumped from days to over a week, and in some cases two months because labs across the country were overloaded, Baeza-Yates says.

“The main impact of that is basically you don’t do enough testing, the infection grows fast,” he says. Lately, he says, the government has increased its testing capacity by 30 percent, something that was needed back in May.

Baeza-Yates says that one of the biggest challenges he and his colleagues face is not having access to complete data from the Ministry of Health, which makes analysis difficult.

“There’s ambiguous criteria,” he says. “If they say the number of cases should decrease by a certain percentage to open a region, they do not say how many days this has to be fulfilled.”

He has cautioned that the official number of cases reported by the government is far lower than the actual infection rates, because the government is only considering positive tests and not the total rate of infections. At the beginning, the real number was three times the estimate, he says.

“So basically there were three times more people infected than was being reported from the government,” Baeza-Yates says. “After the pandemic grows, that number becomes worse because it’s even harder to trace all the people who have become infected.”

Baeza-Yates says the real number of infections in Chile today is five times greater than the estimate, compared to four times greater in the U.S.

Worse, he says the Chilean government hasn’t been completely transparent about the figures not being representative of the true number of cases. Moreover, the country counts the case fatality rate, which is the number of people with COVID-19 who have died because of the disease, instead of the mortality rate, which is the frequency at which people in the country have died from COVID-19—the metric that’s used in the U.S.

“The government uses the case fatality rate to say that they’re doing very well because it’s lower than most countries,” Baeza-Yates says.

But this number hides the scale of the outbreak in Chile. Part of his work in Chile includes advocating for data transparency. Especially now, he says, opening up data can help save lives and restore the Chilean public’s confidence in their leadership.