Among a large sample of coronavirus disease 2019 (COVID-19) patients, researchers found that a genetic variant – caused by an amino acid substitution from valine to methionine – is associated with a reduced chance of severe disease. 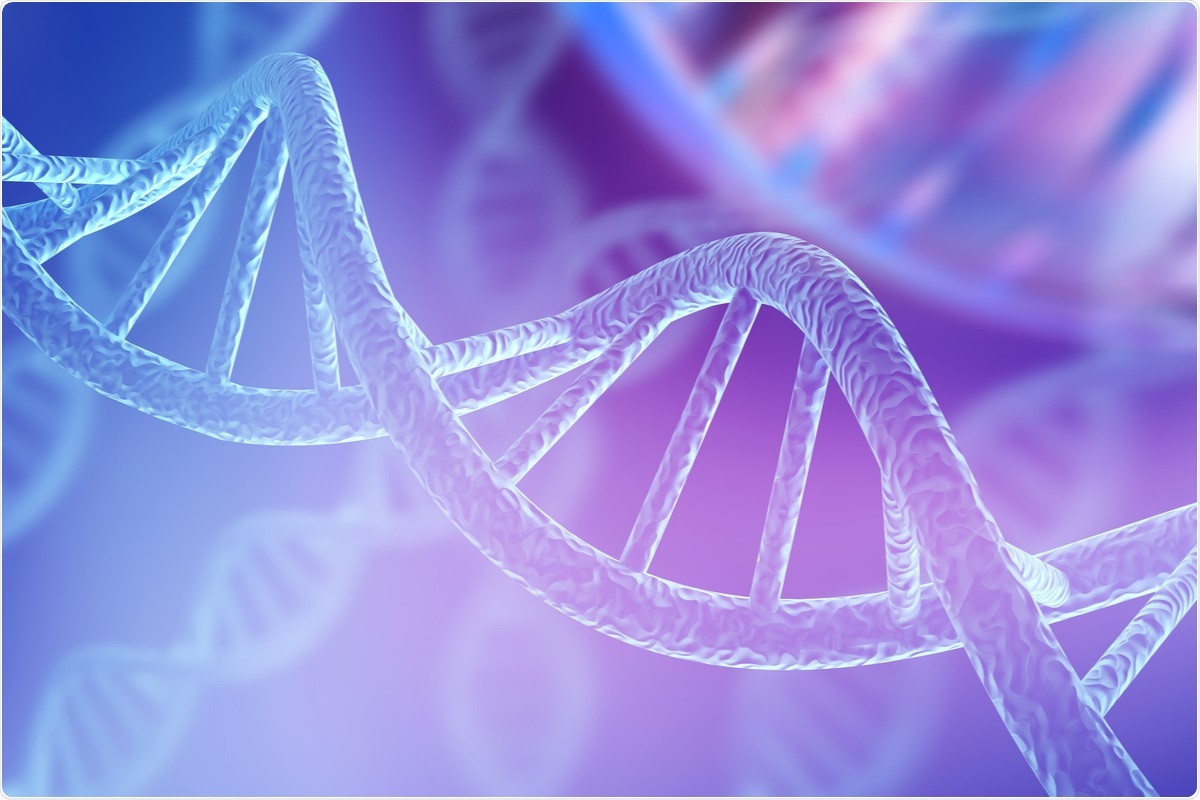 Infection with severe acute respiratory syndrome coronavirus 2 (SARS-CoV-2), the causative agent of COVID-19, can have a diverse range of effects on people. Some people develop no symptoms; some have mild fever, sore throat, among other symptoms; whereas in others, the infection becomes more severe and often fatal.

The protein, transmembrane protease serine-type 2 (TMPRSS2), plays an important role in the entry of SARS-CoV-2 into host cells. It is expressed in the lungs, colon, stomach, salivary glands, and other tissues. In the lungs, it is expressed along with the angiotensin-converting enzyme 2 (ACE2), a receptor to which SARS-CoV-2 binds.

So, a team of researchers hypothesized that naturally-occurring variations in the TMPRSS2 gene could affect the structure of the TMPRSS2 protein and may modulate the severity of SARS-CoV-2 infection.

The team analyzed 378 TMPRSS2 genetic variants in the GnomAD database for population genetic variants and reported their results in a paper published in the medRxiv* preprint server. They generated a 3D structural model of the protein, identified the different bonds that stabilize its structure and how that is affected by naturally occurring substitutions in the amino acids.

Of the 137 variants predicted to disrupt the structure and/or function of TMPRSS2, 136 are rare in the human population. The remaining variant, rs12329760, causes the substitution of the evolutionarily conserved valine to methionine.

The team analyzed the relation between this variant of the TMPRSS2 gene and severe COVID-19 using 2,244 critically ill patients and compared them to 11,220 ancestry-matched individuals who tested negative for SARS-CoV-2.

They found that the minor T allele of rs12329760 had a strong positive association with a protective effect against COVID-19 in people of European ancestry, and in those of East Asian ancestry to a lesser extent. A similar effect was observed in South Asian and African individuals, but the result was not statistically significant, likely because of small sample sizes. The protective effect was confirmed by a larger GWAS meta-analysis.

Although the results confirm the protective effect of the variant, more studies on asymptomatic or patients with mild symptoms are needed to understand its effect against mild viral infections.

The frequency of occurrence rs12329760 is different among the population, with the higher frequency seen in East Asian and Finnish people than South Asians or Europeans. The lowest frequency is in Latino and Jewish-Ashkenazi populations. Further studies on populations outside of Europe are needed to understand its effect on the severity of SARS-CoV-2 infection on different groups.

Variant in TMPRSS2 may have protective effect

Although the differences in the proportion of SARS-CoV-2 patients who develop severe COVID-19 across different populations are more likely to be explained by social behavior, public health measures to curb outbreaks, exposure to other viruses and immunological factors, human genetic variation across different populations may also marginally contribute to the observed differences.”

The authors also tested the effect of the TMPRSS2 V160M on its structure and function in 293T cells expressing ACE2. The wild-type TMPRSS2 exists half in the full length and half in the fully cleaved protein structure. But, the V160M variant had a higher proportion of the full-length protein compared to the fully cleaved version, indicating the variant may somewhat inhibit autocleavage of the protein.

Thus, the results indicate that the V160M variation leads to a less catalytically active TMPRSS2, which is less able to cleave and help the SARS-CoV-2 spike protein with infection. Thus, TMPRSS2 may have additional functions besides its role in the activation of the spike protein. Similar to other soluble serine proteases, the soluble TMPRSS2 could play a role in promoting inflammation in different tissues.

medRxiv publishes preliminary scientific reports that are not peer-reviewed and, therefore, should not be regarded as conclusive, guide clinical practice/health-related behavior, or treated as established information.

Lakshmi Supriya got her BSc in Industrial Chemistry from IIT Kharagpur (India) and a Ph.D. in Polymer Science and Engineering from Virginia Tech (USA).