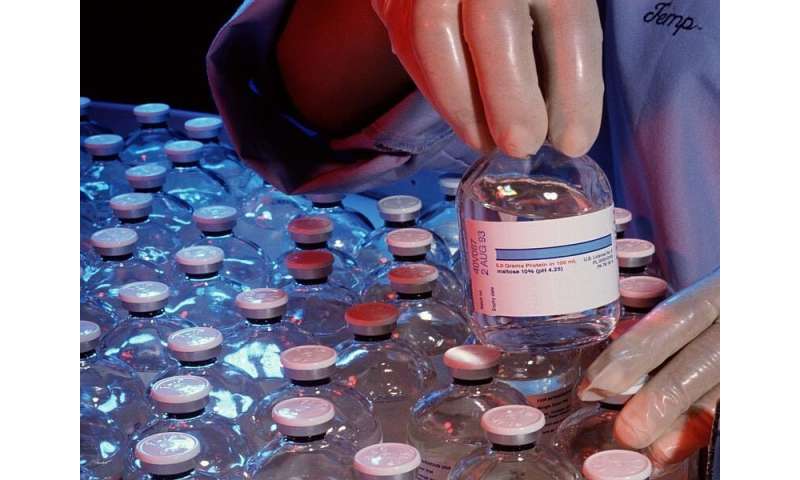 (HealthDay)—Efforts to create a COVID-19 vaccine are proceeding at an unprecedented pace, with eight different candidates now being tested in humans around the world.

But to have a vaccine available for widespread use by early next year could entail bending some rules regarding safety and testing—actions that might put the health, and possibly the lives, of test volunteers at risk.

The government’s leading vaccine expert—Dr. Anthony Fauci, director of the U.S. National Institute of Allergy and Infectious Diseases—raised eyebrows in late April when he declared it “doable” to have millions of doses of coronavirus vaccine ready for distribution by January.

“We have to remember that the fastest we’ve ever seen this really being done is four years,” said Dr. David Shulkin, former secretary of Veterans Affairs and former president and CEO of Beth Israel Medical Center in New York City. “The traditional methods and processes for developing vaccines take a great deal of time.”

However, Shulkin and other experts agree that a COVID-19 vaccine could be ready for public distribution earlier than the 12- to 18-month development timetable that has been suggested.

Rather, testing each vaccine to make sure it’s safe and effective is what eats up months and years, Shulkin said during a HealthDay Live Stream interview.

“It’s likely we will see vaccine approvals outside the United States—where the regulatory approvals may not necessarily be as stringent—in a quicker time period than even the 18-month period we’ve discussed,” Shulkin said.

“Now, whether that will be safe to commercialize and to make available to masses in the population of the United States, that will be a separate issue,” Shulkin continued. “But I think the basic vaccine technology and readiness to be used for healthy humans, I believe we will see this before the 18-month period.”

Poland said that there are a couple of ways the United States could speed up its own vaccine testing process, but these strategies raise important ethical questions.

The tried-and-true way of vaccine testing involves giving people a vaccine and then letting them live their lives as usual. The study volunteers are tracked over a period of months or years, to see how many become infected anyway and what side effects they develop.

One shortcut would involve human challenge clinical trials, in which people are given the experimental vaccine and then infected with the coronavirus in a lab.

“You’d start with young people,” Poland said. “You’d give them an experimental vaccine. You would remove them to another facility and you would deliberately expose them to the virus, recognizing we don’t have any secure treatment, recognizing that severe complications occur unpredictably. But you would learn very, very quickly, does this virus protect and does it cause side effects.”

For his part, Poland doesn’t think COVID-19 poses a dire enough threat to humans at this time to warrant challenge trials.

“Let’s say, for example, the virus mutates and now it’s not killing a few percent of those it infects, it’s killing 30%,” Poland postulated. “We don’t have enough antiviral drug to treat everyone, and we still don’t have a vaccine. Maybe I’d take an incompletely tested vaccine under that scenario. But would you take it under the current scenario?”

Another way to speed up testing would be to grant emergency use authorization to strong vaccine candidates, Poland said.

That’s currently being done with antiviral drugs and virus test kits. The U.S. Food and Drug Administration is allowing their use in clinical settings, with the understanding that the drugs and tests aren’t fully tested and must be closely tracked to gather data on their effectiveness.

“We will give you the experimental vaccine, but you have to agree to allow us to take your temperature, draw blood, test you,” Poland said. “We could very rapidly immunize a lot of people, and basically see what happens,” he added.

The problem comes in the potential for dangerous side effects like antibody-dependent enhanced disease, a condition in which antibodies formed in response to a vaccine actually make future infections with the virus more severe.

“What happens if you take the vaccine, the virus mutates, comes back this fall, and those that got the vaccine actually now have a worse case?” Poland said, noting that this effect occurred before in a vaccine for dengue and an inactivated measles vaccine.

After testing, the remaining holdup involves ramping up the manufacturing process so that millions of doses of a vaccine are available to the public—and steps are being taken to eliminate that roadblock.

Backed by federal funding, companies like Johnson & Johnson and Moderna are ramping up production of untested vaccine candidates on what’s called an “at-risk” basis.

Dr. Walter Orenstein is associate director of the Emory Vaccine Center at Emory University School of Medicine in Atlanta. He said, “We need to encourage at-risk development at least of some doses so, should the vaccine work, we’re ready to use it immediately as opposed to waiting for a period of production before we have that vaccine available.”

The federal Biomedical Advanced Research and Development Authority has invested $483 million to scale up production of a Moderna vaccine candidate now in human trials, and another $456 million for a Johnson & Johnson vaccine that is still being tested in the lab, according to the news site Quartz.

Even if risky strategies like challenge trials or emergency vaccine use aren’t undertaken, the speed at which current COVID-19 trials are proceeding will require a lot of follow-up study to validate the safety of whatever vaccines wind up reaching the public, Orenstein said.

“Most of the trials will be at best in the thousands” of participants, Orenstein said. “There will be a need for a system to monitor safety after a vaccine is used in much larger populations to look for rare adverse events.”

Follow-up studies also will reveal how well the protection provided by a vaccine holds up over time, he added.

“We need to look and see over time whether immunity wanes and, if so, whether we need to give booster doses or not,” Orenstein said.