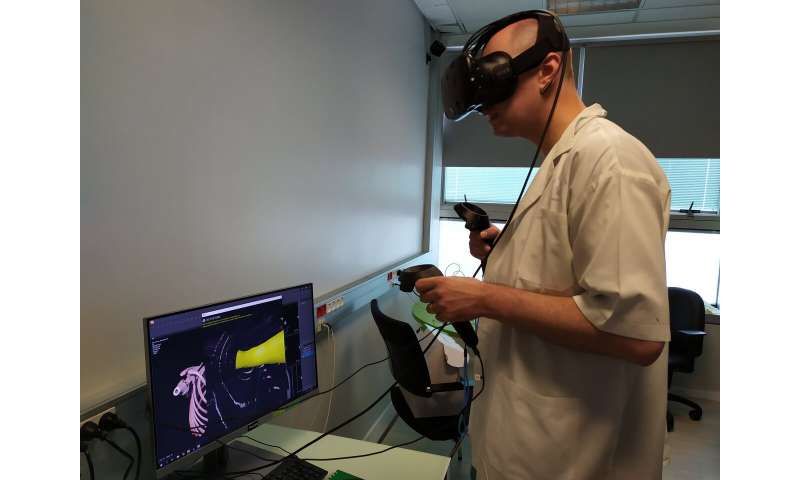 An anesthesia team in Israel has become one of the first to use 3-D printing and virtual reality to produce an exact model of the airway of a seven-year-old girl in order to prepare for an operation to remove part of her lung. This pioneering report is published in this month’s edition of the European Journal of Anesthesiology (the journal of the European Society of Anesthesiology [ESA]).

The young girl required surgery to remove part of her right lung due a case of Ewing’s Sarcoma (a bone and soft tissue cancer) spreading to her lung. However, because of her small size (just 18kg at the time of the operation), her doctors had concerns that conventional tubing and devices used for lung operations in older patients may not be appropriate, and thus decided to use CT scans to create a virtual reality model of her airway/wind pipe and lungs, and also an exact 3-D printed plastic model so they could practice the operation beforehand.

“Despite extensive adult experience, our familiarity with one lung ventilation (OLV) in the very young pediatric population is limited,” says Dr. Ruth Shaylor of the Division of Anesthesia, Pain and Intensive Care, Tel Aviv Sourasky Medical Center, Tel Aviv, Israel, the lead author on the report. “We used a combination of 3-D printing and virtual reality bronchoscopy to develop a personalized airway plan reducing the potential for trial and error in airway manipulation during the operation.”

The day before surgery, the treating anesthesiologist spent time on the virtual reality simulator familiarizing himself with the patient’s airway anatomy. Thereafter, the model was used to formulate an individualized airway plan. The 3-D model was made of hard plastic, because the team felt that anything more flexible might mean something larger than the patient could tolerate might be used.

The VR and 3-D model led to changes in some of the equipment originally planned for the operation. After the girl was placed under anesthesia, they were able to safely isolate and ventilate her left lung and perform the surgery to remove part of her right lung. “During the procedure, the treating anesthesiologist reported a good correlation between the patient’s anatomy and the VR model, allowing the operation to proceed as planned,” says Dr. Shaylor. “At the end of the procedure, the tubing and equipment was removed easily and the patient made an uneventful recovery.”