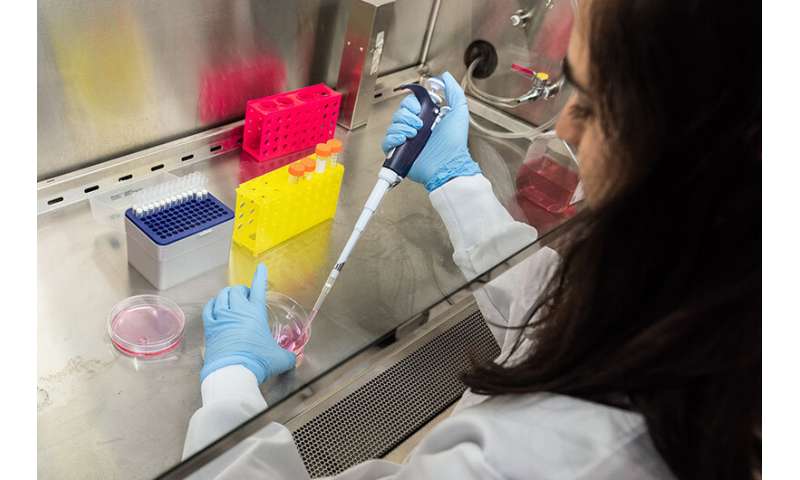 Each year, more than 100 million newborns around the world receive vaccinations against Mycobacterium tuberculosis, or TB, which infects about one-quarter of the world’s population. Facilities across the world produce several different formulations of these vaccines, known as Bacille Calmette Guérin (BCG) vaccines. These are given interchangeably, yet new research from the Precision Vaccines Program at Boston Children’s Hospital calls that practice into question.

The study, published in the journal Vaccine, shows that BCG vaccines vary widely in their characteristics, including their ability to activate cytokines, potent elements of the immune system response.

“We found that licensed BCG vaccines differ dramatically, raising fundamental questions about whether the quality of these vaccines are equivalent and should be considered interchangeable,” explains co-senior investigator Ofer Levy, MD, Ph.D., director of the Precision Vaccines Program.

According to the World Health Organization (WHO), an estimated 10 million people, including nearly 1.1 million children, became ill from TB in 2018, and nearly 1.5 million people died from it.

TB infection in babies is particularly serious, often causing sepsis, meningitis, and, frequently, death. For that reason, many newborns receive TB vaccination in areas where the disease is common.

Previous research has shown that BCG vaccination not only protects against TB, but boosts the overall immune system, in what is called an ‘off-target’ effect. 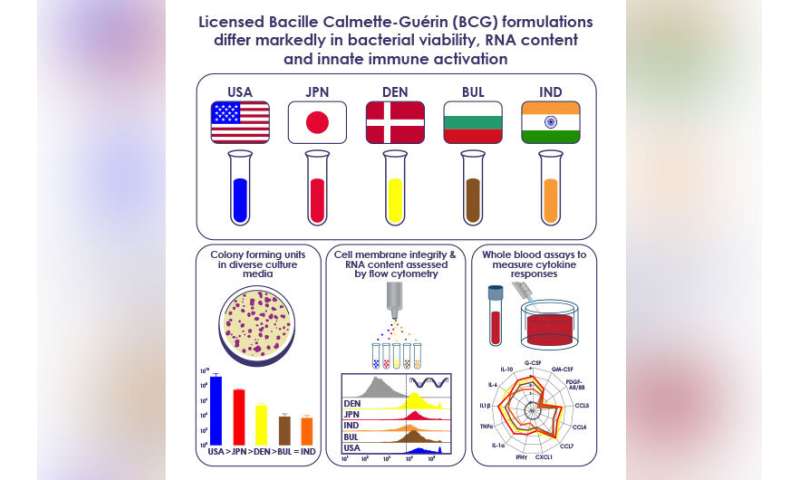 “BCG vaccine is a very interesting vaccine because it has been found to boost protection against other infections, bacterial and viral, that are very common in newborns and young infants,” says Asimenia Angelidou, MD, Ph.D., a neonatologist at Boston Children’s and the study’s first author. “And it may be doing that by revving up the innate immune system.”

One recent study from the Precision Vaccines Program found that injecting BCG along with the hepatitis B vaccine strengthened the immune response to hepatitis B.  “But until now, we have not directly compared these BCG vaccine formulations side-by-side for any standard measures of immunity or protection against TB,” says Levy.

The new study looked at several formulations of the most commonly used licensed BCG vaccines: BCG-Denmark, BCG-India, BCG-Bulgaria, BCG-Japan, and BCG-USA (sourced from the Boston Children’s Hospital pharmacy). The researchers compared several different vials from different  manufactured lots of each formulation. They measured how each grew in culture and how many live bacteria each vaccine contained.

“The data consistently shows that the Indian and Bulgarian formulations, both derived from the same mother BCG strain (BCG Russia), have more than 1,000-fold lower growth and fewer live bacteria compared to the others,” says Angelidou.  “This is pertinent clinically because there are numerous studies showing that live mycobacteria trigger the immune system in a different way compared to dead mycobacteria; they activate different downstream pathways.”

The team measured numerous cytokine proteins released from immune cells to fight infection after vaccination, including IL1 beta and interferon gamma (the latter is especially important for TB protection).

“We found differences in terms of thecytokine responses each vaccine triggered,” says Angelidou.

In particular, BCG-India induced significantly less interferon gamma compared to the rest of the strains. The team also found that concentrations of the IL1 beta cytokine, which is heavily involved in boosting overall immunity after BCG vaccination, correlate with the amount of live bacteria contained in the BCG vaccine.

“Upon recognition of a pathogen or vaccine, newborn immune cells are often less able to produce certain cytokines, such as interferon gamma, that are important for an immune response against TB,” says Simon van Haren, Ph.D., co-senior investigator on this study. “Comparing the ability of each BCG formulation to induce interferon gamma production in newborn immune cells was therefore very important.” 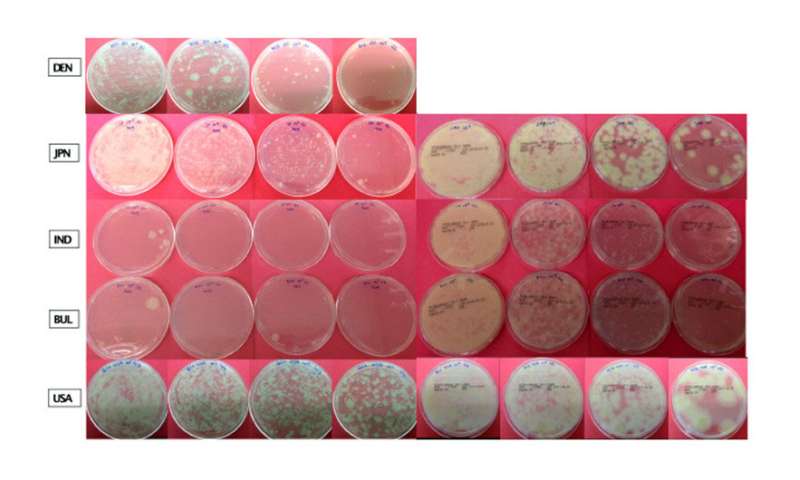 All vaccines not equal

The differences between the strainsproduced in different parts of the world are mainly due to manufacturingpractices.

“The mycobacteria in general are verysensitive to environmental conditions,” says Angelidou, “so any environmentalchanges in their manufacturing process can really affect the growth of themycobacteria.”

In their study, the researchers grew themycobacterium cultures from each vaccine under the same environmentalconditions.

“This is key, as it is the first study that directly compares clinically relevant BCG vaccine strains used today in the same lab under the same conditions to see how many bacteria will grow and how they induce immune responses from human newborn white blood cells,” adds Levy.

This study shows significant differences between the BCG formulations when tested under very controlled conditions. But does it correlate with differences one might see clinically in real world situations?