Is beauty ready to go beyond Pride Month product releases?

The LGBTQ community has long been a wellspring for beauty trends and yet, companies that capitalize on such trends tend to exclude the very people who started them. This year’s civil rights movement has brought increased attention to the LGBTQ community’s members of color, especially those who identify as transgender.

At least 33 transgender or gender-nonconforming people have been violently killed since the beginning of the year, with Black and Latinx transgender women accounting for the majority of deaths, according to data from the Human Rights Campaign. That statistic demonstrates a collective lack of acceptance of trans men and women and gender-nonconforming people — particularly those of color, who are virtually invisible in the beauty world despite their rich contributions to its culture.

“When I think of beauty trends, a lot of them — a lot of slang, fashion, popular culture — originates with Black and Latinx trans women, gay men,” said Maryse Pearce, program manager of Stonewall Community Foundation, which funds various initiatives geared toward the LGBTQ community and has worked with beauty brands such as Urban Decay.

“I do wonder, in terms of the beauty influencer world, how voices get elevated, how trends get attributed and who is benefiting and profiting,” Pearce continued. “We know that there are Black trans women, Black drag queens, Black gay men who are creating content. It’s a question of who is seeing it and who is deciding to invest in it.”

Darius McKiver, a beauty influencer known online as NeonMUA who created the #ColourPopMeBlack hashtag, said although the beauty industry has become more accepting of LGBTQ members who are nonbinary, “people still feel a kind of way.”

“A lot of [brand initiatives] feel performative, especially during Pride season,” McKiver said. He typically sees an increase in interest from brands that tends to drop off once Pride Month ends.

“Brands will release their rainbow palettes, which is fine, but one of the big things for me is that these brands show the same support all year long or be willing to support queer artists throughout the entire year — not just during the month of Pride,” McKiver said.

Beauty’s performative Pride drops — which usually come in rainbow-colored packaging with the promise of a donation to one of a variety of causes — are so recognizable, the practice has garnered a name within the LGBTQ community.

“We call it ‘slapping a rainbow on it,’” said Jayla Roxx, founder of BatMe! Cosmetics. “Everything is how it’s always been, just slap a rainbow on it.” 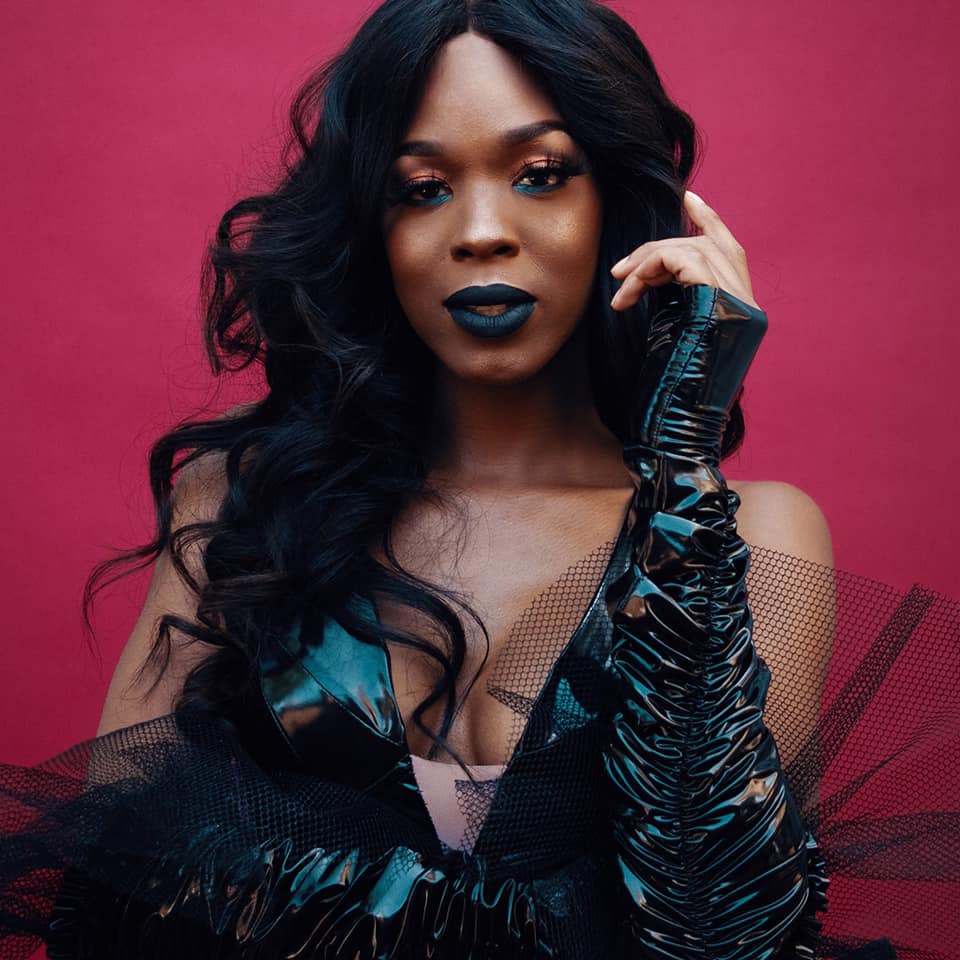 Roxx launched BatMe in 2017 with a false eyelash line that became popular within the drag community. A transgender woman of color, Roxx quickly found herself alone as a beauty entrepreneur, but the response she received from her community — whom she calls her BatMe Besties — encouraged her to keep going.

“I’ve been blessed enough to home in on the people who are actually buying,” Roxx said. “Everyday I would be like, ‘Jeffree Star just bought a new Tesla and I’m over here Uber Eats-ing.’ I had to stop putting myself in those categories. I had to turn inward to myself and my brand and remind myself, why do you want to keep going? Who are you doing this for? I’m creating my own community within this community.”

Her advice to brands: share your platform with those who don’t have one.

“You can pay me, yes, but I’m still going to be suppressed,” Roxx said. “The more we’re seen, the more educated we are about one another. People will respect you more as an ally, speaking up and standing on the right side of history rather than you saying, ‘I feel for you’ and moving on.”

Beauty has made strides in the past five years to be more inclusive of its LGBTQ members. James Charles’ appointment as CoverGirl’s first CoverBoy, Nikkie de Jager joining Marc Jacobs Beauty as the brand’s first global artistry adviser and, more generally, the rise of men who wear makeup — Bretman Rock, Patrick Starrr, Manny Mua, to name a few —  are all indicators of the industry’s expansion of what beauty is.

In 2018, Sephora launched a free, 90-minute class in which people who identify as transgender or nonbinary can learn makeup and skin-care techniques. The class, which is taught by Sephora Beauty Advisors, is meant to “help participants feel beautiful and confident,” Corey Yribarren, executive vice president and chief people officer, said in a statement.

Last year, the retailer launched “Identify as We,” a chapter of its “We Belong to Something Beautiful” campaign meant to celebrate “the transgender and gender-fluid community specifically, through a series of content telling their stories,” said Yribarren.

Two-year-old inclusive beauty company We Are Fluide was cofounded by Laura Kraber to bring “queer joy, queer resilience, queer beauty” to the forefront, Kraber said. The company views inclusivity as more than just marketing, but the practice of hiring diverse employees to do the behind-the-scenes work, too. 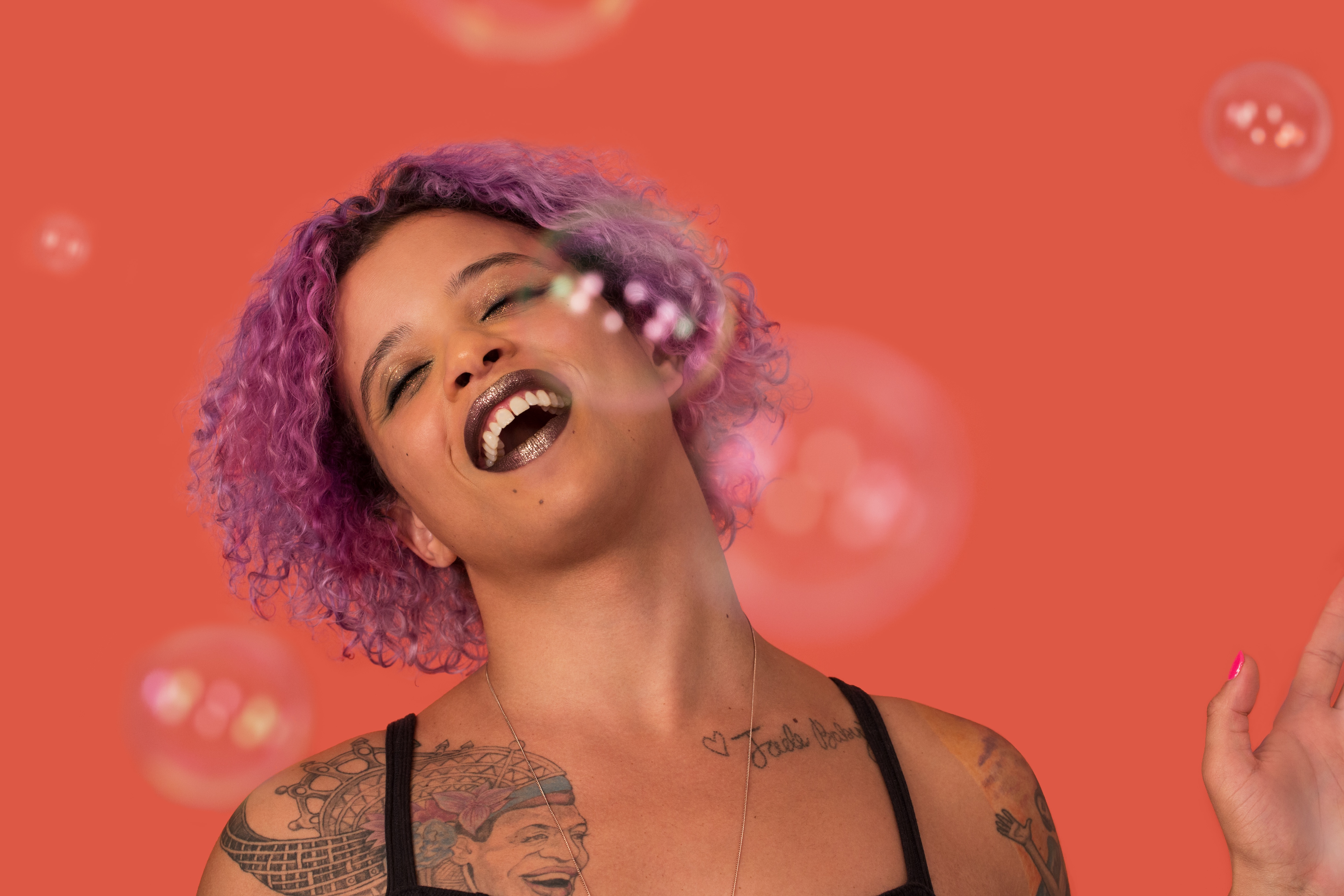 We Are Fluide, which is carried online at Urban Outfitters Inc. and at Nordstrom’s Beauty Pop-in, partners with LGBTQ youth centers, fundraisers, college campus queer centers a few times per year, donating 10 to 20 percent of sales to their partner of choice.

“We’re actually not yet profitable, so it’s a big step to be donating,” Kraber said. “We’re an early-stage company that’s self-funded, so we’re bootstrapping. We’re not MAC, we’re not Milk Makeup, but we’re doing what we can to give back.

“From the perspective of historically marginalized groups, owning your beauty is related to power,” she said. “Makeup is not necessarily uncomplicated or fluffy, it’s actually quite serious in the sense that image-making is serious. To liberate makeup from patriarchal society’s standards of beauty creates a space for makeup to be empowering and a means of self-expression for everyone — regardless of your identity.”

SheaMoisture to Reinvest in Black Women Entrepreneurs With New Campaign

Skin Health: It’s About the Fat, Too